Children vaccinated against influenza are significantly less likely to experience serious complications from the virus that could land them in hospital, new research led by Dalla Lana School of Public Health (DLSPH) PhD candidate Sarah Buchan.

“Our study shows that flu vaccines are effective at preventing influenza hospitalizations in young kids, and protection was extended to those who received their vaccination in two consecutive seasons, ” said Sarah Buchan, the study’s lead author and an Epidemiology PhD candidate at DLSPH.

“This contributes to the evidence that this group should be receiving their seasonal vaccine annually to prevent such serious outcomes,” said Buchan. 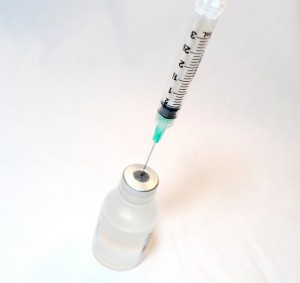 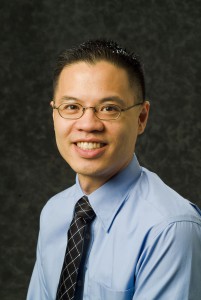 “Influenza can cause serious illness, especially in young children, but there hasn’t been a lot of research that has examined the magnitude of the influenza vaccine’s effectiveness at preventing kids from getting really sick and being hospitalized,” said Jeff Kwong, Associate Professor of Epidemiology and Clinical Public Health at DLSPH.

“This research paper helps fill that gap by showing how effective the influenza vaccine can be at protecting young kids against serious complications from influenza infections,”  said Kwong, also also a scientist in Applied Immunization Research and Evaluation at Public Health Ontario and a senior scientist at Institute for Clinical Evaluative Sciences. Dr. Kwong is the senior author of the research paper.

The researchers examined nearly 10,000 Ontario hospital records of children aged six months to under five years where a respiratory specimen was collected and tested for influenza; 12.8 per cent showed lab-confirmed influenza. The scientists included four influenza seasons – 2010-11 to 2013-14 – and broke the data down to compare children who were fully vaccinated, partially vaccinated and those who didn’t get the vaccine. They also compared variations by age group and the circulating influenza strains each season.

Overall, fully vaccinated children aged two- to four-years-old saw their risk of hospitalization due to influenza drop by 67 per cent while those aged six to 23 months saw their risk drop by 48 per cent.