Respiratory syncytial virus (RSV) is the leading cause of hospitalizations in children with higher infection rates than COVID-19 and the flu. The only preventative drug is cost-prohibitive.

That is why Tiffany Fitzpatrick is interested in learning more about it. She has studied the social inequities stemming from the virus among those who experience its most severe symptoms for the past four years. She recently received the prestigious Canadian Institutes of Health Research’s Banting Postdoctoral Fellowship to support research into RSV vaccination strategies.

“It is a very common respiratory bug that most people have never heard about. It’s the most common cause of respiratory tract infection in kids,” says Fitzpatrick, a PhD candidate in epidemiology. “It’s very ubiquitous – we have all had it multiple times. Everyone gets it at least once before their third birthday. Half the time you have a cold, it’s probably RSV. It’s usually very mild, but some young kids and older adults get really sick or die from it.”

In contrast to other common pathogens, there are very few mathematical models for RSV. Fitzpatrick built Canada’s first as part of her PhD research. As a Banting Fellow, she will be working with a team at the Yale School of Public Health to further expand on this modelling work, an essential tool in public health decision making. 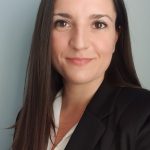 Previous mathematical models for RSV have not considered spatial interactions, something she wants to change. When you live in a big city, the chances of catching a virus are quite high given the number of people in one area, says Fitzpatrick. “Let’s say you’re a commuter – those interactions you have are really important to consider and those haven’t been considered yet with RSV.”

She also wants to investigate which type of vaccination strategy will be most effective. For instance, should vaccines target mothers or school children? “We may consider an additional targeted approach for older adults because they’re also at really high risk of getting severe RSV illness,” Fitzpatrick says.

These models may be picked up by organizations like GAVI, the Vaccine Alliance for further research, as a vaccine could arrive in the coming years. RSV vaccines have been in development for the last 50 years, but so far none have been approved although a recent clinical trial of a maternal RSV vaccine showed promising results.

Prophylaxis is used to prevent the virus’s severity among high-risk infants.  “It’s super expensive. It’s over $5,000 per child each year,” says Fitzpatrick. Her PhD research suggests that a broader range of children could benefit from prophylaxis but it is currently too cost-prohibitive for widespread use.

DLSPH Prof. Anna Banerji has been among the most vocal voices on the prophylaxis widespread availability for Inuit children. They have the worst rates of RSV in the world.

Long interested in children’s respiratory diseases, Fitzpatrick came across RSV before beginning her PhD. Since then, she’s kept her focus on the virus. In the last four years, Fitzpatrick has seen interest grow in RSV research – she’s hopeful that it will also translate into increased public awareness.

“Most of the times when I give a presentation at a conference, I have someone come up and say, ‘I never heard of RSV until my kid got sick from it,’” she says. “That’s a bit too late.”