Researchers at U of T’s Dalla Lana School of Public Health, in collaboration with Parkdale Queen West Community Heath Centre and the Healthy Nail Salons Network, have found that nail technicians in discount salons are exposed to several chemicals widely used as plasticizers and flame retardants.

The study, published Feb. 14 in the journal Environmental Science and Technology, found that exposure to some hazardous chemicals was higher among nail technicians than among electronic waste workers.

“We were very surprised to find exposures for some chemicals up to 30 times higher among nail salon workers relative to exposures in homes, and up to 10 times higher than in e-waste handling facilities,” says Miriam Diamond, co-author and professor at DLSPH and the Department of Earth Sciences. 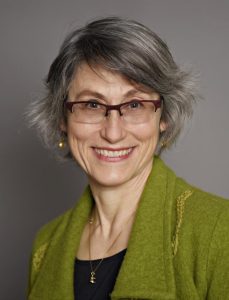 The study reported higher exposures of several phthalate plasticizers, which was expected given the use of these chemicals in personal care products. One phthalate plasticizer, DEHP, which is not allowed for use in cosmetics under the Canadian Environmental Protection Act, was found at low levels.  “The finding of low exposure to the plasticizer DEHP is important – it shows the current regulations for this compound are working,” Diamond says.

However, the researchers did not expect to find high levels of flame retardants that are not known to be used in personal care products.

These chemicals have been associated with adverse health effects including neurological and reproductive effects, with some evidence that in utero exposure may be important.

“Nail technicians have been raising concerns about the impact of their work on their bodies, including worries about reproductive, respiratory, skin and musculoskeletal health for many years now,” says Victoria Arrandale, co-author and assistant professor at the Dalla Lana School of Public Health. 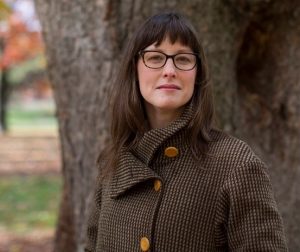 Despite these concerns, nail technicians enjoy the artistry and personal care that their work entails.

“This research shows us that our federal government needs to pay attention to making the products that are used in nail salons safer, for both customers and nail technicians,” says Van Tran, nail technician and Nail Salon Outreach Worker at Parkdale Queen West Community Health Centre.

This study points to the need to consider the wide range of workplace settings when regulating chemical use in Canada.  Study authors urge government and product manufacturers to make safer personal care products and safer spaces for workers and customers in the personal services sector.

“We are proud of the work we do and we would like our workplaces to be safer,” says Jackie Liang, nail technician and Community Health Worker at Parkdale Queen West Community Health Centre.

The study was a joint effort of researchers at the University of Toronto, Occupational Cancer Research Centre, Centre for Research Expertise in Occupational Disease, and the Parkdale Queen West Community Health Centre. The aim of the study was to better understand workplace hazards in discount nail salons. This study was funded by the Ministry of Labour Training and Skills Development Research Opportunity Program.