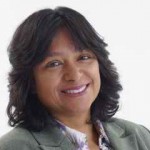 2006-2017 Infectious Disease and Consulting Pediatrician, Inner City Health Unit, Department of Pediatrics, St. Michael’s Hospital, Toronto, ON. I created the Immigrant Health and Infectious Disease Clinic, a pediatric clinic for immigrants or refugees, children adopted internationally, or those who have an illness acquired from abroad

University of Toronto, Toronto, ON

2015       Dr. Norman L. Jones Award given by the Pulsus Group to the first author of an original paper deemed by the Associate Editors to have the greatest potential for impact on respiratory, critical care or sleep medicine

2010       Certificate of Merit, Canadian Public Health Association, given to an individual who has made a noteworthy contribution in advancing the public health agenda whose contributions further CPHA in achieving its objectives, June 2010

2008       Educational Excellence for Community Health Care Award, University of Toronto, Faculty of Medicine. Qualities for the award include: Humanism, Collaboration, Advocacy, Educatory and Resource to the Community, 2008

2003       2003 Promising Graduate” for Harvard School of Public Health 2003, Selected by HSPH, “as profiled by the Harvard Gazette, Commencement issue

2003       Nominated for the Dr. Fang Ching Sun Award, Harvard School of Public Health, for my work with Inuit children

• Banerji, A, Hunter A, Malnutrition, Children and Youth New to Canada, Canadian Paediatric Society, ( I wrote the entire section, which included several subsections including Folic Acid, Iodine, Iron, Vitamins A, B12, D and Zinc) April 2013, http://www.kidsnewtocanada.ca/conditions/malnutrition

• Banerji A, King JW, et al. Use of Single Dose Ceftriaxone in the Emergency Department During an Outbreak of Serogroup