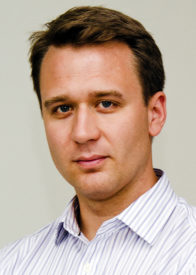 David Common is the Host of World Report, CBC Radio’s flagship national morning newscast. He is also a CBC News Correspondent, currently based in Toronto, but previously stationed in New York, Paris, London, and locations throughout Canada. David has travelled extensively to more than fifty countries, covering wars in Afghanistan and Iraq, and natural disasters in Haiti, Japan, the United States, and Canada. He has been awarded a Gemini for Best Reportage, and, in 2012, an RTNDA for Best Spot News for his coverage of Hurricane Sandy.