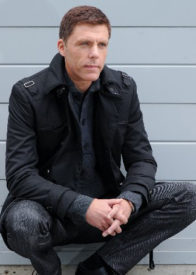 Robert Cribb is founder and director of the Investigative Journalism Bureau and an investigative reporter at the Toronto Star. He has received national reporting awards and citations for investigations into offshore tax evasion, child exploitation, human trafficking, dangerous doctors, environmental threats and public safety. He was part of the international reporting team that produced the Pultizer Prize-winning Panama Papers investigation in 2017. Cribb is founder of the National Student Investigative Reporting Network, past president of the Canadian Association of Journalists, the first international board member of Investigative Reporters and Editors, current president of Canadian journalism charity Veritas – Advancing Journalism in the Public Interest and is co-author of Digging Deeper: A Canadian Reporter’s Research Guide (Oxford University Press). Cribb is recipient of both the Massey Journalism Fellowship and the Atkinson Fellowship in Public Policy Reporting. He teaches investigative reporting at Ryerson University’s School of Journalism and the University of Toronto.