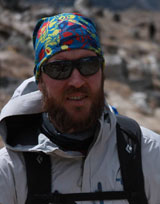 Brett Popplewell’s reporting has taken him from the rubble of an earthquake in Haiti, to the site of a plane crash in Russia, a chess tournament in Iceland, and to the base of Mount Everest. He has written for The Globe and Mail, Toronto Star, Sportsnet, Maclean’s, The Walrus, and more. His work has also appeared in The Best American Sports Writing, and has been made into documentaries and produced for broadcast. His first book, the memoir of a mountain climber, was published by HarperCollins in 2016. A winner of numerous National Magazine Awards, he specializes in longform narrative journalism. Brett studied the history of international relations at the London School of Economics, and is also a graduate of the Columbia Publishing Course in New York. He teaches journalism at Ryerson and Carleton Universities.