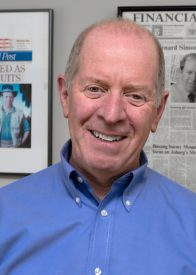 Bernard Simon has worked as a reporter and editor in Canada and South Africa. He was the Financial Times’ Canada correspondent for 17 years, also covering the North American auto industry. He was joint managing editor of Canada’s Financial Post from 1987 to 1990, and deputy editor of Business Day in Johannesburg from 1997 to 2001. He has also been a regular correspondent for The New York Times, The Economist, and US News & World Report, among others. Bernard now works as a freelance writer, editor, media consultant, and plain-language instructor in Toronto.