An ounce of prevention is worth a pound of cure. 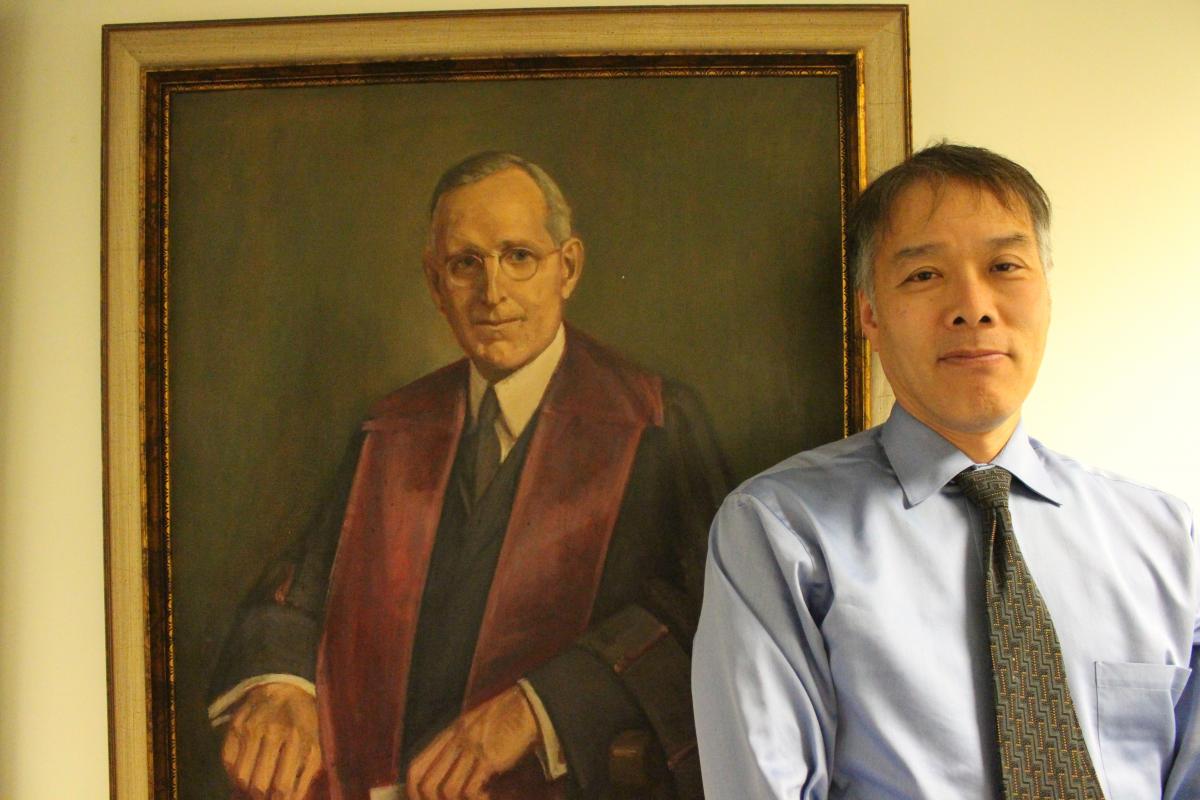 Prevention is the foundation of public health and Canada once boasted one of the strongest and most innovative public health systems in the world. Toronto in particular has a dramatic history of public health leadership, research and education, and this spring the University of Toronto’s own public health giant, the Dalla Lana School of Public Health, is celebrating an important milestone.

May 1, 2014 marks the centenary of the founding of the University of Toronto Antitoxin Laboratory, the predecessor of the Dalla Lana School of Public Health. One hundred years ago, Dr. John Gerald (“Gerry”) FitzGerald opened a small laboratory in the basement of U of T’s Medical Building in a city rife with infectious disease. Not only did the lab eventually control or eradicate deadly infectious diseases like diphtheria and smallpox, but it planted an early seed for Canada’s publically-funded health care system.

In his award-winning book, “What Disturbs Our Blood,” James FitzGerald, the grandson of “Canada’s public health visionary,” traces the full story.

“My grandfather and his colleagues,” he writes, “transformed the field of public health from an isolated grassroots movement into a modern, specialized, state-run bureaucracy, stretching like a giant safety net from the Atlantic to Pacific Oceans.”

Gerry FitzGerald’s fascination with the emerging germ theory of disease — the concept that conditions are caused by micro-organisms or pathogens that infect a host — propelled him into medical school at age 16 in 1899.  After studying at elite international medical institutions including Harvard, Berkeley and the Pasteur Institute, FitzGerald returned home in 1913 to pitch a radical idea to the University of Toronto Board of Governors: he would manufacture vaccines and antitoxins for free distribution to all Canadians as a public service.

“He had the values of scholar, the drive of an entrepreneur and a highly developed social conscience,” said James FitzGerald.

With the epochal discovery of insulin by Banting and Best at U of T in 1922, the young lab — now renamed the Connaught Laboratories after the Duke of Connaught, Canada’s Governor General from 1911 to 1916 — drew international attention and fresh philanthropic support. The Rockefeller Foundation donated $1.2-million — equivalent to roughly $30-million today — to establish the University of Toronto School of Hygiene, serving as the academic arm of the labs. Opening on College Street in 1927, it was only the third school of hygiene in North America at the time, alongside Johns Hopkins and Harvard.

FitzGerald’s vision for Connaught Labs and the School of Hygiene was three-pronged: the preparation of a host of low-cost, high quality preventative medicines for free national distribution through government departments of health; a research arm to develop new products to meet the constant threat of infectious diseases; and undergraduate and graduate education to pass on the torch of knowledge to future generations of public health workers.

By the mid-1930s, the School was a world leader in sanitation science, nutrition and vaccine development.  Not only did all provinces distribute Connaught products, but the lab built a thriving export market in countries as distant as New Zealand, China and the Caribbean.

As the first commercial drug firm operated by an academic institution, Connaught Laboratories helped establish Canada as number one in the world in preventative medicine and public health. By 1940, the year of FitzGerald’s death, Hamilton and Toronto were declared the first cities in the world to be diphtheria-free. FitzGerald truly delivered on his vision of health care “within reach of everyone.”

Over the ensuing decades, Connaught Labs and School of Hygiene added to its list of global achievements, including the ongoing mass production and world-wide distribution of insulin; the production of penicillin during World War II; the Jonas Salk polio vaccine in the 1950s and pioneering work in combination vaccines; and spearheading the conquest of smallpox in the 1970s.

The 1970s signalled change on many fronts. When communicable diseases seemed vanquished by vaccines and antibiotics, the Connaught Laboratories spun off into private industry in 1972, and U of T transitioned the School of Hygiene into a community health department in the Faculty of Medicine. The Faculty of Medicine integration helped to ensure that all medical students received public health education and provided a framework for community health centers and advocacy for health and social reform.

“In many ways, the public health challenges faced by FitzGerald’s generation are not much different than those we face today,” observes Howard Hu, Dean of the Dalla Lana School of Public Health.

“Our world is crowded, diverse, aging, urbanized, polluted, hot, thirsty, hungry and debt-ridden.  As William Foege, former director of the U.S. Center for Disease Control and Prevention, put it, health in the 20th century can be summed up in four words: spectacular progress, spectacular inequities,” said Hu.

The SARS crisis in 2003 led to a rebirth of public health academics in Canada. Endowed by the Dalla Lana family with an unprecedented $20 million gift, the Dalla Lana School of Public Health was established in 2008.  Today, the School has more than 300 outstanding faculty members, 450 students, $30-million in annual research expenditures, numerous partnerships with institutions throughout Toronto — a multicultural hub that hosts the largest health science research complex in Canada — and internationally.

“I feel humbled to carry the touch lit by Gerry FitzGerald.  His ‘within reach of everyone’ mantra resonates deeply with me,” said Hu..

“I am proud to lead a new generation of public health, health policy and population health researchers and academics who are improving health in Toronto, Ontario, and globally.”

For more information about the roots of the Connaught Laboratories, click here to watch a video by Sanofi Pasteur Canada or visit their Facebook page.