Free Resource for Health Providers to Manage HIV in Africa

Free Resource for Health Providers to Manage HIV in Africa

Millions of people are now living with – rather than dying from — HIV in Sub-Saharan Africa due to combination drug therapies. But the vast majority struggle to manage the many disabilities caused by this disease and its treatment.

Today, University of Toronto researchers and their partners in Zambia, Kenya, South Africa 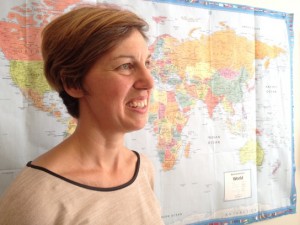 and Canada launched a free website to help health workers improve the quality of life of adults and children living with HIV throughout Africa.

“Now that many people in Sub-Saharan Africa are accessing life-saving treatment, new responses are needed to support people as they grow up and grow older with HIV,” said Dr. Stephanie Nixon, a professor of global health in the Dalla Lana School of Public Health and physical therapy at U of T Medicine who led development of the tool.

“The rehabilitation sector is not yet integrated into the health response for the 24 million people living with HIV in much of the continent. Many people living longer with HIV are thinking about their future hopes and dreams. Rehabilitation can help people with the goals that matter to them.”

HIV can cause disease in every part of the body. Because it targets the immune system, infections and other diseases are a constant threat.  Techniques like chest physiotherapy, for example, help people with lung infections breathe effectively. The neurological system is a target for HIV damage, leading to strokes, spinal cord infections and nerve damage in legs. These problems require rehabilitation to help people walk, swallow, live independently, and support themselves and their families.

The medications that allow people to live with HIV can cause problems to the heart, lungs and liver. People living long-term on HIV treatments can also experience bone death in their hips and knees. Rehabilitation helps people address the impact of these conditions on their daily lives. For example, physiotherapists help to manage pain and increase function and mobility. Occupational therapists devise “workarounds” and other ways for people achieve their goals. And speech therapists help people learn to swallow and talk after brain injury. Rehabilitation also addresses the profound stigma related to both HIV and to disability.

In the late 1990s, as the combination therapies brought many people in Canada and other wealthy countries back from the brink of death, many hospitals offered free rehabilitation to help people regain function and independence. These life-saving medications were largely out of reach in Africa until the mid-2000s, where the vast majority of people with HIV lived, and continue to live. Today, more than seven million people throughout Africa have access to the medications, out of 24 million living with HIV. But there are few rehabilitation resources to help people live well with HIV. Nixon is among a small group of experts throughout Africa and Canada attempting to bring rehabilitation in the context of HIV to the continent on a meaningful scale.

“Integrating rehabilitation into HIV clinical care and health policy is the next crucial step for our response to the pandemic in Africa,” said Dr. Esther Munalula Nkandu, senior lecturer at the University of Zambia and Africa Regional Representative for the World Confederation for Physical Therapy.

The free website, entitled “How Rehabilitation Can Help People Living with HIV in Sub-Saharan Africa: An Evidence-Informed Tool for Rehab Providers,” was adapted from a Canadian resource and is also downloadable for use on paper.

“It’s designed to be a one-stop resource for physiotherapists, occupational therapists and other health workers who can quickly and easily research the most common HIV-related disabilities, and find evidence-based rehabilitation solutions,” said Nixon, who is also director of U of T’s International Centre for Disability and Rehabilitation and co-founder of the Canadian Working Group on HIV and Rehabilitation.