Following news of chemical attacks in Syria, Howard Hu, Dean of the Dalla Lana School of 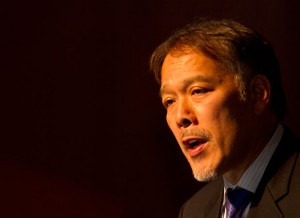 Public Health, explains how chemical weapons work and why they are inhumane as weapons. He is a Professor of Environmental Health, Epidemiology, Global Health, and Medicine and has led human rights fact-finding missions on the effects of toxic exposures to civilian populations in conflict situations.

How do chemical weapons like the ones used in the latest Syrian attack work on the human body?

Sarin, the agent likely used in the latest attack, is a super-potent chemical weapon in the anti-cholinesterase family of poisons that essentially works much like the chemicals used in some of the powerful insecticide products used in the past like Raid, but that are now largely banned for household use in North America.

Death will usually occur as a result of asphyxia due to a victim’s inability to control the muscles involved in breathing function.

Is there anything from the videos and photo images you’re seeing that can help identify what kind of chemical was used?

The physical signs of pin-point pupils and foaming at the mouth in some of the photographs are consistent with the marked cholinergic-type chemical effects one would anticipate in victims of a Sarin-related chemical attack.

The use of chemical weapons was banned because they are weapons of mass destruction that kill indiscriminately, and there has always been a long-standing public revulsion over the use of science (in this case, chemistry) to kill human beings.

The International Committee for the Red Cross summed up the public horror at the use of such weapons in an appeal in February 1918, calling them “barbarous inventions” that can “only be called criminal.”