The DLSPH Blog is a digital platform that will explore issues that impact public health and health systems scholars on a biweekly basis written by Interim Dean Adalsteinn Brown in collaboration with DLSPH faculty, staff and students.
For blog ideas, feedback or comments, contact: communications.dlsph@utoronto.ca

For example, premature deaths are about 60% higher among those of lowest socioeconomic status (SES) in Ontario compared to the least deprived, and these gaps appear to be widening over time. In fact, we have now reached a point in Ontario in which SES gradients have shifted long-standing sex-specific trends in mortality. While historically, women have demonstrated lower mortality rates when compared with their male counterparts, recent findings indicate that low income women now have higher mortality rates than high income men in Ontario. These inequities point to a fundamental failing of our system to ensure that all benefit from health services. 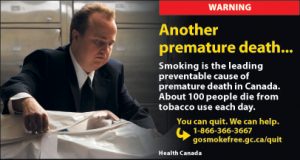 Identifying both these inequities and potential solutions is a core function of an engaged School of Public Health and the recent Patient’s First Act. Notably, the Act now includes a specific clause “to promote health equity, including equitable health outcomes, to reduce or eliminate health disparities and inequities, to recognize the impact of social determinants of health, and to respect the diversity of communities in the planning, design, delivery and evaluation of services,” recognizing the province’s role in addressing the these inequities.

Premature mortality should concern Ontarians because by definition it represents a death that had the potential to be prevented. These premature deaths represent a significant impact on the productivity of our society. For instance, researchers in Australia found that premature deaths within their country accounted for approximately 284,000 working years lost, which translated to a loss of $13.8 billion in lifetime income. Thus, the economic consequences of premature mortality are substantial.  More so, consequences such as these are affecting certain communities in Ontario more than others.

For example, DLSPH researchers recently reported on the SES gradients with respect to violent deaths in Ontario, all of which are premature, where the most deprived were three (women) to five (men) times more likely to be a victim of a homicide compared to the least deprived. This is a striking example of the disproportionate burden of premature deaths among low SES people living within our province.

For example, the ActNow BC program, launched in 2005, promoted healthy eating and exercise and discouraged smoking leading up to the 2010 Winter Olympics. Its targets were to reduce the portion of the population classified as obese by 20 per cent, reduce the number of smokers by 10 per cent, increase the amount of physically active citizens and fruit and vegetable eaters by 20 per cent, and lastly, increase by 50 per cent the number of women receiving alcohol counselling during pregnancy.

Similarly, Quebec implemented its Investing for the Future program between 2006 and 2012 with a goal to improve the quality of life for Quebecers by helping them to live in environments that promoted physical activity and healthy eating. The program aimed to reduce obesity and smoking rates, increase physical activity and fruits and vegetable consumption, and promote social standards that would induce a positive shift in living environments, for instance, changes to the built environment to support active transportation like walking and cycling. 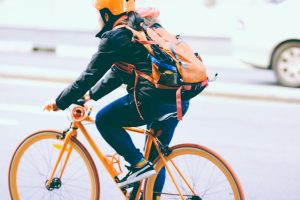 Photo by Jack Alexander on Unsplash

England’s ongoing program started in 2013 and hopes to claim the lowest rate of premature mortality in Europe by 2020 by decreasing smoking rates by half a percent per year and advocating for salt restrictions in every day diets. So far, England has developed a system for tackling high blood pressure, instated the School Food Plan, and invested over £200 million in physical education programs. 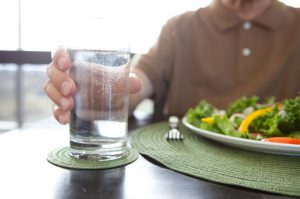 Photo by Healthy Families BC

What Ontario Can Learn

To reduce premature mortality in Ontario, two things are needed:

First, a strong vision with clear goals aimed at reducing premature mortality. This should be something that government, municipalities and health organizations can all get behind with dedicated program action.

Second, investment is needed — both the Quebec and B.C. programs cost over $90-million after implementation and relied heavily on strong cross-ministerial support. Based on the potential to reduce chronic disease illnesses, including cancer and cardiovascular disease, efforts to reduce premature death are well worth the investment.

Professor Laura Rosella’s OPTIMISE research program is examining premature mortality trends in Ontario to understand how variations that may be addressed within Ontario’s universal health-care system. The OPTIMISE steering group is actively working with Ontario’s health-system leaders to think about how we can start to tackle premature mortality across the province through policies and strategic investments.