The DLSPH Blog is a digital platform that will explore issues that impact public health and health systems scholars on a biweekly basis written by Interim Dean Adalsteinn Brown in collaboration with DLSPH faculty, staff and students.

Since the 1970s, scientists have gathered significant evidence that drug criminalization is costly, ineffective and poor public policy. In the last decade, public opinion on cannabis control has shifted considerably: in 2008, about half of Canadians believed cannabis use should be decriminalized or legalized; today, about two thirds of Canadians hold this view. 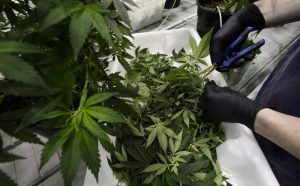 The proposed Cannabis Act (Bill C-45) would create a strict legal framework for controlling the production, distribution, sale and possession of cannabis across Canada. The Act seeks to:

Last September, the Ontario Government announced a safe and sensible framework to govern the use and distribution of cannabis as a carefully controlled substance with the Liquor Control Board of Ontario (LCBO) overseeing sales at Ontario Cannabis Stores.

From a public health perspective, the number one concern around cannabis is smoking. There are at least 33 known carcinogens in cannabis smoke that are associated with cancer, respiratory problems and cardiovascular disease. Public health practitioners have recommended “taking the smoke out of dope” and underlined the need for policies that favour safer modes of consuming cannabis over smoking, such as eating and vaping. Edibles have their challenges and will not be sold in Canada during the first year of legalization. Vaping might actually be the safest form of consumption, but it’s not a benign act and should not be promoted to non-smokers. Additional research is needed, but properly regulated cannabis edibles are a promising alternative to smoking cannabis.

Additionally, second-hand exposure to smoke is a concern given that law will require it to be smoked inside residences only. There have already been reports of second-hand smoke in multi-unit dwellings from individuals concerned about being exposed to carcinogenic smoke. To mitigate this concern, landlords, condominium corporations and property managers should be allowed and encouraged to restrict smoking of cannabis in units.

Restricting places where cannabis can be smoked is important not only to decrease physical exposure to second-hand smoke, but also to decrease social exposure. There is strong evidence that social exposure leads to youth uptake of smoking cigarettes and also hinders smokers who are trying to quit. The same would apply to cannabis use. Social exposure can be reduced by restricting smoking in public places and requiring an 18A rating for on-screen depiction. Widespread public smoking of cannabis may risk renormalization of smoking, which must be avoided.

Restricting youth access is key to safe cannabis implementation. The proposed minimum age to purchase recreational cannabis is 19 years old, the same as alcohol and tobacco. Most under-age youth obtain tobacco from friends and family members who are slightly older. It is likely that most would try to access legal cannabis through the same social sources. By increasing the minimum age to 21, these social sources need to be older thus making access much more difficult for younger people.

In addition to restricting exposure and availability to youth, marketing cannabis to youth must also be limited. For-profit company objectives are to maximize profit by selling as much as possible. Given what we know about tobacco, cannabis companies will try to market to youth. The government will likely draw inspiration from its regulation of the tobacco industry in terms of marketing regulation, and potentially borrow tactics such as display bans and plain packaging to limit cannabis marketing and promotion.

It is possible that there may be unrealized benefits to responsible cannabis use, if it replaces more harmful substance use, like alcohol. Further, cannabis use is responsible for 30,000 hospital admissions annually for related psychosis in young people. Cannabis legalization is an opportunity to decrease these numbers through strong public health messaging and government mandated education and training.

Youth and adult education is critical to promote responsible cannabis use. Just as the Ontario Tobacco Research Unit is involved in tobacco control, surveillance, research, and advocacy regulation, it could also support the same functions for cannabis research and analysis, creating a robust knowledge translation system to inform evidence-based cannabis policies. There’s tremendous opportunity for the DLSPH to add value to the cannabis conversation by forging partnerships between community workers, teachers, police, clinicians, and policy makers to help develop a shared vision of public education and safety.