“The geography of sex is often overlooked. STIs tend to move in space and time and geosexual archetypes could be the key to uncovering patterns and developing targeted interventions,” said Dionne Gesink, Associate Professor of Epidemiology at DLSPH and lead author of the study.

The rise of STIs in every major urban centre is a cause for concern as traditional methods of intervention continue to fail.

In the study “Conceptualizing Geosexual Archetypes: Mapping the Sexual Travels and Egocentric Sexual Networks of Gay and Bisexual Men in Toronto, Canada” published in the June 2018 edition of Sexually Transmitted Diseases, DLSPH researchers mapped the movements of more than 30 gay, bisexual and other men who have sex with men in Toronto and where they traveled to have sex. Six archetypes emerged.

“When we looked at the archetypes, it wasn’t just the men that were online like “the Hosters” who were at risk of STI and HIV, it was also the “Rovers,” the men who find their partners in real life,” said Gesink. 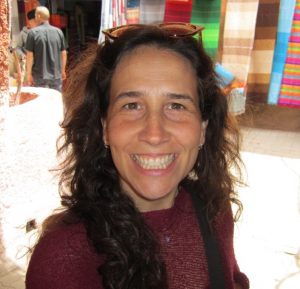 Hosters were typically white, hosted sex with new partners at their home, found most of their sexual partners online, and had the highest number of sexual partners in the previous three months compared to the other archetypes.

Rovers were typically non-white and traveled for sex, but no more than three to five kilometres. Rovers found most of their partners in person and had the lowest number of sexual partners in the previous three months compared to other archetypes.

All Hosters and Rovers in the study had a history of syphilis and HIV. The only other archetype to have these infections previously was a small proportion of Geoflexibles. Geoflexibles were described as free spirits. They met partners online and in person. They were open to hosting new partners at their home, or travelling to a new partner’s home, or having sex in more publicly accessible spaces. Sometimes they travelled long distances (more than 200 km) for sex.

“There might be intervention clues that these archetypes can provide. What are the sexual health needs of somebody who just hosts and is quite clear about their HIV or STI status? Do we just make sure they get tested very quickly?” said Gesink.

“A Rovers’ sexual health needs and the ways to connect with him might be different. We need to figure out what is going on with these different men.”

The study also found that gay and bisexual men who lived in the suburbs would tend to go downtown to look for sex, an area with an elevated risk of syphilis infection.

“They travel back to the suburbs possibly with an infection where there are not as many STI clinics so they may be infected longer. They bring the infection to the core the next time they travel downtown, which can cause reinfection.”

The geospatial nature of these relationships within the gay community is quite different from what it used to be. Gesink explains that, historically, gay and bisexual men would travel extensively for sex as their relationships were criminalized. In the last decade, dating apps have allowed them to meet more easily and locally.

The catastrophic impact of AIDS in the 80’s and ‘90’s led to a culture where many gay and bisexual men are more aware and open about their sexual health status. To prevent the spread of HIV/AIDS, most HIV positive men are taking antiretroviral therapy so their viral load becomes undetectable and untransmittable. A growing number of HIV negative men are taking PReP to prevent HIV infection if exposed, a treatment Gesink says has helped the community take control of their sexual health much like the contraceptive pill did for women.

At the same time, Gesink and other health advocates are worried about new forms of STIs. For instance, gonorrhea and Mycoplasma genitalium have become highly drug-resistant. In fact, some extensively resistant strains of gonorrhea are being called “superbugs” because they have not been cured with last line antibiotics. In the first study in Canada of Mycoplasma genitalium, an emerging STI, Gesink and colleagues found 50 per cent of cases carried drug resistant mutations to third-line drug treatment.

In the face of potentially untreatable STIs, Gesink observes that the gay community is proactively ahead in maintaining open communication about their status.

“Gay men or bisexual men are far more direct about their status, and we can learn a lot from them about communication around STIs and one’s HIV status,” said Gesink.

The preliminary study only looks at gay men in the community, but researchers hope to conduct a similar study among all sexual orientations and gender identities.