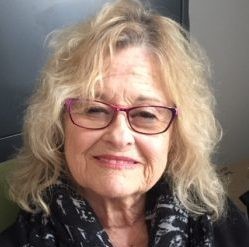 The DLSPH community mourns Professor Frances Sommerfreund Silverman, an internationally recognized researcher on the impact of air pollution on health, who died in her home on December 11, 2018 at the age of 76.

“Despite starting her career as a basic scientist, Frances rapidly understood that truly transformative and impactful research can only be achieved through collaboration,” said Professor James Scott, Occupational and Environmental Health Division Head who worked closely with Silverman.

“She focused her efforts at the poorly explored nexus that exists between the basic sciences, health sciences and engineering. There, she built a network of collaborators and developed a world-class research program to study air health effects.”

Silverman was born in Shanghai, China after her physician parents fled Vienna in 1942, narrowly escaping Hilter’s tyranny. She lived in Wuhu, China until the age of 6 before immigrating to Canada where her family settled in Montreal. Silverman enrolled in a doctoral program in respiratory physiology at McGill University in 1968 under the late Professor David Bates, widely recognized as one of the founding figures in the field of air pollution and health. After several years of study, Silverman moved to Toronto to direct the Pulmonary Function Laboratory at the Gage Research Institute, which was a joint Centre of the University of Toronto’s Department of Medicine and Toronto Western Hospital at the time.

Scott remembers that Silverman was proud to be one of a very small group of non-clinical appointees in an otherwise clinical department. She remained at the Gage Research Institute as an early faculty member in the fledgling discipline of Environmental Health where her research continued to focus on air contaminants, staying true to her first publication in the CMAJ in 1970, “Problems in studies of human exposure to air pollutants.”

Her collaborative work “bridged a critical gap between basic laboratory science and population health, providing much essential evidence needed for policy setting in Canada and abroad in relation to a range of contaminants from environmental tobacco smoke to vehicle emissions,” said Scott. Her work on air contaminants continued well past her retirement in 2012, and she remained actively engaged in research and mentorship until her death. Her curiosity and enthusiasm were infectious, and her level of energy unmatched. “Not bad for an old lady,” she would often observe.

Over the years, her research activities expanded to include many health-relevant air contaminants that remain important today, including ozone, cigarette smoke, allergens and particulate matter arising from industry and motor vehicle emissions. Silverman’s earliest work on the health consequences of ozone exposure in the 1970s was formative and continues to be cited regularly. From that and her other insights, she is widely regarded as one of the founding researchers in this area.

The health outcomes she considered also expanded beyond airways measurements to increasingly more sophisticated measures such as genetic and epigenetic markers, inflammatory mediators, and vascular measures. Elegant and highly cited work in the early 2000s by Silverman and her colleagues first established a mechanistic link between air pollution exposure and acute cardiovascular events.

Frances held appointments in the Department of Medicine (Division of Respirology), the Dalla Lana School of Public Health (Division of Occupational and Environmental Health), The School of the Environment, the Faculty of Kinesiology and Physical Education, the Li Ka Shing Knowledge Institute, and the University Health Network. She was always most proud of her affiliation with the Gage Research Institute (later the Gage Occupational and Environmental Health Unit), where she served as Acting Director and a member of the Board of Directors.

“Frances was a networker before networking was a thing, she prioritized the mentorship of young scientists long before it became a trend, and she had a preternatural ability to see connections and seed innovative thinking,” said Scott.

In her final year, Silverman became an advocate for the rights of the elderly to health care access, arising from her own experiences in later life as a caregiver, her deep knowledge of the health care system, her drive to help others, and her talent for building relationships. Despite retirement, she actively mentored students and kept up the schedule of an active faculty member until her last day where her final effort was to advocate tenaciously at a faculty retreat on the importance of the environment as a determinant of health.

Silverman was regarded by her friends, colleagues and students a person of great goodness and integrity – a true Mensch in the Yiddish sense. She continually challenged all who knew her to be better and do better by example.

Her spirit, her wisdom, and her generosity will be greatly missed.

A memorial service will be held Friday, December 14 at noon at the Congregation of Or Shalom, 534 Huron Street, London, Ontario. In respect of Jewish tradition, in lieu of flowers, donations can be made in memory of Professor Silverman to the Occupational and Environmental Health Trust Fund of the Dalla Lana School of Public Health.