by Geoffrey Vendeville, U of T News

The federal government is investing more than $4 million in two University of Toronto-led projects that tackle what one expert calls “old and new nicotine problems.”

The first project, which will receive up to $2.8 million, focuses on higher-than-average smoking rates among the LGBTQ community. The second project aims to curb vaping among youth and young adults and will receive $1.3 million over three years.

Robert Schwartz, a professor at U of T’s Dalla Lana School of Public Health and a senior scientist at the Centre for Addiction and Mental Health, said the prevalence of vaping appears to have undone progress toward getting people to quit nicotine. 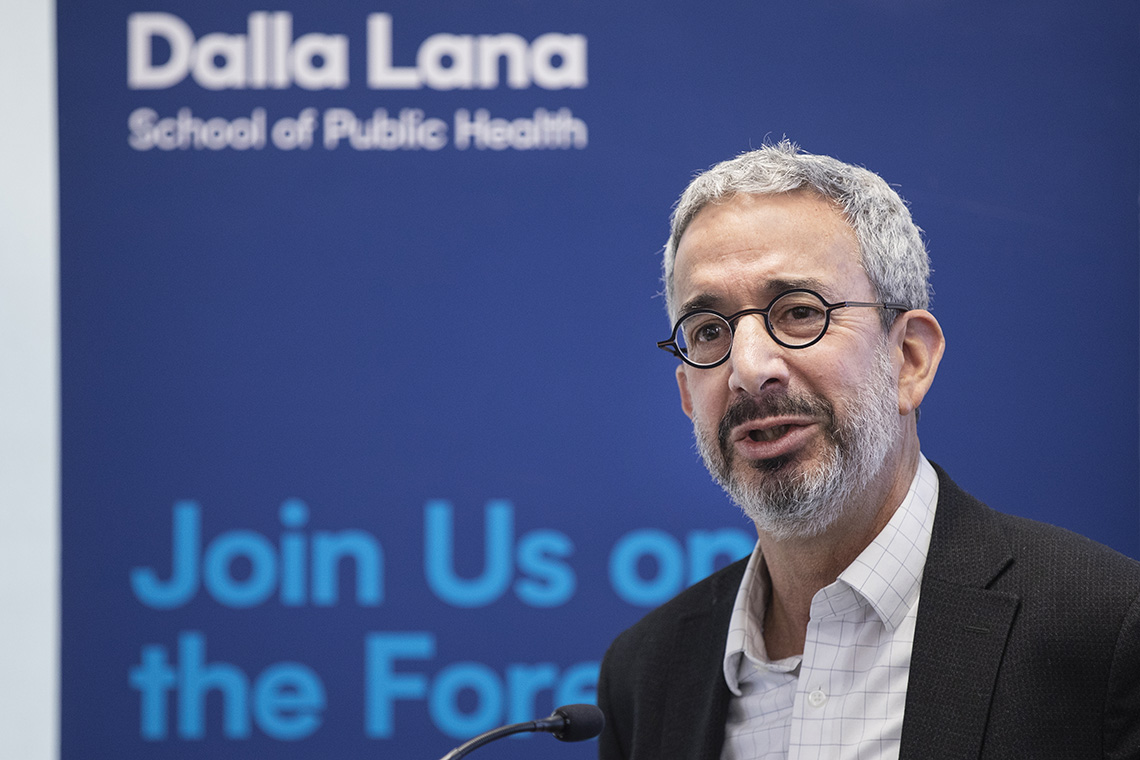 Professor Robert Schwartz speaks during a funding announcement at the Dalla Lana School of Public Health, Tuesday, January 21, 2020. The government of Canada, with University of Toronto’s All Together Now! project, announces funding to help LGBTQI2S+ young adults stop smoking. (Photo by Nick Iwanyshyn)

“It’s astonishing that we have this new nicotine problem – really astonishing that, in 2020, we’re dealing with what appears to be a whole new generation of young people who have become addicted to nicotine,” said Schwartz at an event held at Dalla Lana that was attended by Julie Dabrusin, the MP for Toronto-Danforth and a U of T alumna.

The funding announcements were timed to coincide with National Non-Smoking Week. “I want to encourage the thousands of Canadians who will take their first steps toward quitting smoking,” Patty Hajdu, the federal health minister, said in a statement. “The projects we are supporting today … will better help them as they make this positive change in their lives – and encourage others to follow in the same footsteps.”

The U of T-based Ontario Tobacco Research Unit’s $1.3 million in funding over three years will support a project to help people between the ages of 16 and 29 kick their vaping habit.

While e-cigarettes and other devices have been touted as important smoking cessation tools, there’s little doubt vaping has also proven popular among people. Among students in Grade 7 to 12, a full 34 per cent said they have tried vaping while 20 per cent had used a vaping product in the last 30 days, according to a 2017 Health Canada survey – a trend Schwartz, the executive director of the tobacco research unit, described as an “epidemic.”

Read the rest of the story on U of T News