Falan Bennett’s journey into public health wasn’t straightforward. She came to it through undergraduate studies in molecular biology and social psychology – and in seeing what was missing in the space between the natural and social sciences.

“Learning about the cellular basis of health was really interesting,” says Falan, an MPH student in Social and Behavioural Health Sciences (SBHS). “But I found a lot of aspects of diseases and wellness were not accounted for in that natural science degree.”

At the same time, Falan was involved in Black community work, and learning about the profound impacts of racism on health. Her social science classes addressed racism, but from a social psychology lens. Falan found that too narrow.

Drawn to the work of Prof. Arjumand Siddiqi, Falan came to DLSPH last year to pursue her MPH. As one of the highest-ranked students in her cohort, she received a DLSPH scholarship while working three jobs. In addition, she was one of three current SBHS students to win a highly competitive SSHRC CGS-M (Canada Graduate Scholarships –Master’s) grant from the Social Sciences and Health Research Council. 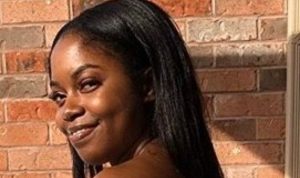 That research scholarship is enabling Falan to study economic stresses on Black health, and on Black premature death rates. She is also working with Prof. Roberta Timothy to explore the current COVID-19 status of Black communities around the world; people who are often disproportionately working the more dangerous front-line jobs.  And she is collaborating with Prof. Siddiqi on learning more about Black maternal morbidity. In the U.S., African Americans are more likely to die or develop illness during or immediately after pregnancy; but similar Canadian research is limited.

“We’re trying to determine what that scope looks like for Black Canadians,” says Falan. “We’re still not sure what the exact cause may be. We are cognizant of the research on patient-provider relationships, but we’re also exploring the Superwoman Schema and multiple confounding stressors in a Black woman’s life, like stress from racism or misogynoir. And how those stresses translate into biochemical, hormonal and psychological insults.

“Depending on the different stressors that people face, it can affect the expression of their genes. But coupling this idea to allostatic load, [we’re looking at] how it intersects stress, and framing all of that within the public health understanding of racism, colonialism, capitalism, and misogyny as the foundational causes of health disparities.”

Falan points out that she is one of only three Black students in her SBHS cohort of 45. The lack of Black students was a surprise when she first started at U of T, as was the lack of course material and discussion on the health effects of racism.

“I think one of the biggest issues we face is silence,” she says. “As a Black student, bringing up certain issues that arise for Black people, nobody says anything. In the curriculum Blackness and even Indigeneity is often discussed only as an add-on and very often it’s not a thoughtful discussion either.

“If as a public health institution, we have issues addressing and fixing these problems, what does that mean for the health of Black individuals?” asks Falan. “Black students do exist, we are in these spaces and we’re also thriving, but there is a lot of work to be done institutionally to make things better.”

In the past year, Falan has become part of a tight-knit group of students and professors working to understand the specific health impacts of racism – and to change the narrative away from race as a determinant of health. With her grounding in biology, she is also contributing to an understanding of Black health that is not based in fallacies about race, but in realities about the impacts of colonialization and racism.

“We need to move away, not just from dehumanizing Black life, but also pathologizing it,” she says. “Blackness is not synonymous with illness, sickness or death. Racism is.”

Falan plans to stay in academia, and hopes eventually to pursue a PhD in Black health, health equity and the social determinants of health. A strong support system from family, friends and Profs. Siddiqi and Timothy have helped her balance it all – along with a strategic approach to her commitments.

“My strategy has always been time management but also being able to say no at times,” Falan says. “Academics come first, but I do consider all the projects I’m part of as academic and community work.”