The Dalla Lana School of Public Health is launching the Investigative Journalism Bureau (IJB), a unique Canadian initiative bringing together journalists, academics and students to conduct in-depth reporting while training the next generation of investigative journalists.

Building on the success of its existing journalism programs (The Dalla Lana Fellowship in Global Journalism and the Certificate in Health Impact), the IJB will produce major journalistic projects each year using a collaborative model that will teach the disciplines of investigative journalism to students across the University of Toronto as well as student journalists across the country and beyond.

Envisioned and led by award-winning investigative reporter, Robert Cribb, and supported by Toronto business executive and investigative journalism aficionado Gerry Gotfrit, the IJB will involve students as core journalists and contributors on major investigative projects. It will undertake these projects in partnership with media and teaching programs in Canada, the United States and globally. 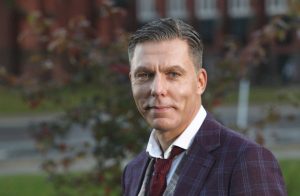 This will enable the IJB to have public impact on important issues shaping the health of Canadians and amplify the public conversation around long-term public health strategies.

“We believe journalism has a powerful role to play in engaging and informing Canadians about the health indicators that deeply impact us all,” said Prof. Adalsteinn (Steini) Brown, dean of DLSPH. “The current pandemic is a perfect example of how carefully researched knowledge translation can help protect and save lives. As one of the world’s leading schools of public health we think this is a perfect place to develop innovative and leading-edge collaborations between academics and journalists that bring important new insights to the public.”

“We’ve seen how collaborative investigations can unearth meaningful revelations, inform important discussions and impact public policy,” said Cribb. “Headquartered inside one of the world’s best universities, the IJB will be a powerful expression of this emerging investigative model, bringing together the collective brainpower of world-class academics and student researchers with top-flight international journalists and media outlets.”

IJB’s investigative reporting will be integrated with Dalla Lana’s Journalism and Health Advocacy Program, led by Robert Steiner, an award-winning journalist and founding director of the Fellowship in Global Journalism. It is part of the school’s belief that health professionals and scientists need journalism skills in order to generate research, knowledge and impact on matters of critical public importance. 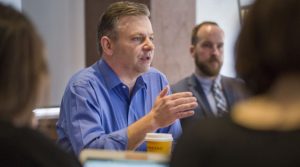 “Over the past decade, we’ve pioneered the process of quickly turning subject-matter specialists into journalists who can break important news in their own fields. This is the next step: turning them into investigative reporters,” says Robert Steiner, assistant professor, Clinical Public Health and Institute of Health Policy, Management and Evaluation and director of the Dalla Lana Fellowship in Global Journalism. “When subject-matter specialists start working as investigative journalists, democracy has a powerful new tool.”

Public health is the broadest of the health disciplines, covering issues affecting health outcomes and the health of society in more general terms. The Dalla Lana School of Public Health is an active partner in translating theory, evidence, data and science into accessible media for public engagement, education, public policy and health systems.

Support from the philanthropic community has been instrumental in the early and on-going success of the IJB.

“I am very excited to be part of a ground-breaking journalistic mission that I know will expose things that are broken in our county and try to make them right,” said Gerry Gotfrit, who graduated from Ryerson’s school of journalism in 1972 and went on to a successful career in real estate investment and management as president of Stockton & Bush. “I’m proud to be returning to my first love and helping foster the evolution of investigative journalism that is so crucial for all of us.”

The Investigative Journalism Bureau is being supported by Unifor, Canada’s largest private sector union and its largest media union, which is supporting two paid summer intern roles at the IJB for each of five years. 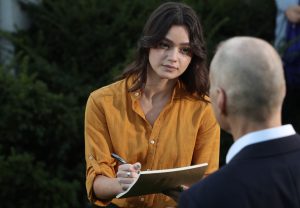 “Investigative journalism plays a vital role in our society. Unifor is honoured to support an innovative approach to high-impact reporting – and one that also helps train new journalists,” said Unifor National President Jerry Dias. “Our hope is that the Unifor-funded interns of today will one day be some of this country’s leading investigative journalists.”

The IJB is already working on its inaugural project which involves senior journalists working with graduate student researchers from Dalla Lana and student journalists at 10 universities across Canada and the United States. The project is scheduled to launch next month.