COVID-19 is not yet a leading cause of death in Sierra Leone, U of T researchers have found. 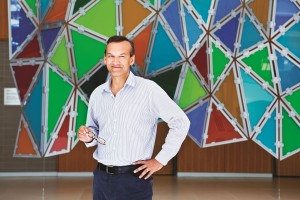 “There was no excess of COVID death during June-July when COVID cases had peaked in the first viral wave,” he says. “The bad news is that malaria is still the leading cause of death in the last three years. Death rates are steeper in children and there are enough deaths in adults. There’s always some good and bad news when you count the dead.”

Jha joined QES Scholar Ashley Aimone in Sierra Leone last November at a national seminar. The trip was approved by the Ministry of Health. Aimone has been working right through the pandemic collecting data for Sierra Leone’s government death count with support from Jha’s team.

“Our data showed that maternal deaths in Sierra Leone, which were previously estimated to be the highest in the world according to WHO, were cut by half this year,” says Jha who is also the Director of the Centre for Global Health Research at Unity Health Toronto.

In the Sierra Leone study, funded by the Gates Foundation, about 60 surveyors armed with laptops and cell phones visit over 60,000 households all over the country to tally the cause of deaths of a household member in the last two months. Respondents list the deceased symptoms and, once uploaded to the cloud, Jha and seven physicians assign them causes of death.

The Ministry of Health deemed the work vital to fighting COVID, and they continued to do the count even after restrictions were imposed. “It was brave fieldwork,” says Jha. 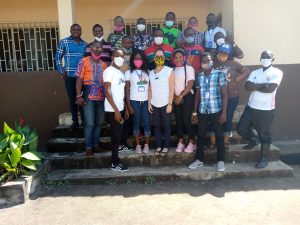 Researchers do not have a definitive answer as to why COVID deaths were not yet a leading cause of death in Sierra Leone, as is the case in western countries. But, Jha has three general hypotheses that could explain low death and infection rates in most of Africa apart from South Africa.

The young age structure in Africa hikes up the infection rate but complications remain low. Low mobility is another.

“Many parts of Africa are not as widely connected to travel. Travel and mixing tend to make the virus circulate for quite a while. Sierra Leone is less connected internationally so you have fewer numbers of people coming in.  And of course, we are all waiting and hoping much of Africa is not hit by the second viral wave, as has Canada.”

Success is also due to local measures: Entrance to Sierra Leone is rigorous. Jha needed a certificate to travel with a certified negative test before landing in Sierra Leone, a travelling requirement for most African countries. Jha received another rapid antibody test and a PCR test at landing to be cleared to meet the Ministry of Health counterparts in Sierra Leone.

Background immunity might provide a third explanation. That is, coronaviruses are endemic to places like Vietnam or perhaps in some African settings for instance. Being in close proximity to animals or environments where the coronavirus may breed help people within these regions gain cross-immunity. “There might be some cross-protection. We don’t know if that’s the case but it is a hypothesis,” says Jha.

He hopes to bring his ABC study to Sierra Leone, which will help his team understand the low death rate. In the ABC Study, researchers test participants for antibodies to COVID-19.

“We plan to repeat the ABC study in Sierra Leone with a grant from the Gates Foundation and collect dry blood spots and other infections. We want to study multiple infections as causes of death.”

Data collection is the boring part of epidemiology, says Jha but the most important part to finding exposure and diseases. “You can’t model your way out of the epidemic,” he notes. “You need direct measurement.”