The “She-​cession” is Near Warns Alumna

The “She-​cession” is Near Warns Alumna

DLSPH alumna Anjum Sultana warns that a “She-cession” is coming and argues that Canada needs to apply a feminist recovery plan to curb it. 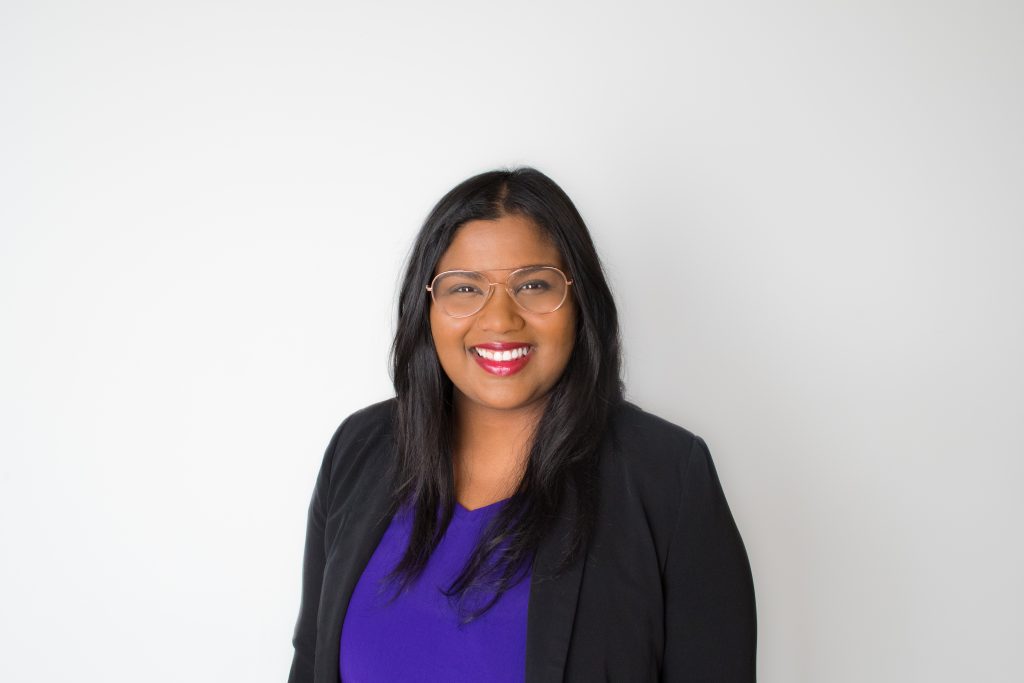 Anjum Sultana (BSc 2014 UTSC, MPH 2016) is co-author of the YWCA Canada report Feminist Recovery Plan for Canada, a partnership between YWCA Canada and the U of T Rotman School’s Institute for Gender and the Economy (GATE)

“There needs to be a new playbook to support women’s labour market participation, one that is grounded in racial justice and gender equity,” says Sultana, who recently co-wrote the YWCA Canada report Feminist Recovery Plan for Canada, a collaboration between YWCA Canada and the Institute for Gender and the Economy (GATE) at the University of Toronto’s Rotman School of Management.

“Women-majority sectors like tourism and hospitality have been economically devastated and, to be honest, we don’t know if the lost jobs will ever come back.”

An RBC report has found that over 20,000 women left the labour market completely during the pandemic while 68,000 men joined it. And worse, gendered violence has significantly increased by 20 per cent since the start of the pandemic.

“We can’t have a recovery without talking about taking care of women, Two-Spirit and gender-diverse people,” says Sultana who is also National Director of Public Policy and Strategic Communications at YWCA Canada. “Right now, we are experiencing rising rates of gender-based violence and the lack of affordable housing and decent jobs contributes to that shadow pandemic.”

Most data collected on the gendered effects of COVID are binary, which leaves out members of the LGBTQ2S+ communities. Researchers such as Sultana are pushing policymakers to look at the economy from an intersectional lens. This would also reveal the plight of women of colour, particularly Black and Indigenous women, newcomers and people living with disabilities who often are disproportionally represented in precarious work.

“We need to go deeper when we say women’s labour market participation. We need to talk about the realities of people who are furthest from achieving equality in the workplace,” says Sultana, whose report is the first nationally focused plan of its kind in the world.

“We see an overrepresentation of Black, Indigenous, racialized and newcomer communities in precarious work and part-time work. That work also happens to be done primarily by essential workers providing critical services in cleaning and caring occupations.”

The challenge, however, is finding disaggregated data. Researchers do not have data to measure the impact on COVID-19 based on gender diversity, and there is no cohesive strategy to collect race-based Canadian data on the subject at the moment either.  Data must also be coupled with action and ethical oversight, she says.

“It’s meaningless without any data governance,” Sultana says. “With the COVID-19 pandemic, we have an opportunity to discuss: are we measuring what truly matters? For example, in addition to measuring whether or not Canada’s GDP is returning to pre-COVID levels, we should be carefully keeping track of income inequality and decent work. Are the jobs coming back good jobs? What percentage are full-time jobs with benefits versus precarious part-time jobs? We need to measure what matters because we know that what gets measured gets done.”

Since its summer release, the Canadian government has addressed some of the paper’s policy proposal in its fall economic statement. “To see our plan shape public policy was affirming and validating,” she says.

Researchers called for a national secretariat on childcare and early learning, which the government is in the midst of developing. The federal government is investing in worker retention and attraction for early childhood educators. And, recently, the government announced a program that will allow Canadians to re-skill to meet current market demands.

It’s not enough to crush the upcoming she-cession, adds Sultana, but it is a start.

Since the release of Canada’s Feminist Economic Recovery Plan, similar plans have been developed in Ottawa and British Columbia. Canadian YWCAs are pushing the conversations about gender equity and economic recovery in Alberta, British Columbia and Newfoundland and Labrador. There’s been a strong international push to develop national feminist recovery plans in Northern Ireland, and the United Kingdom.

“We won’t actually have an economic recovery if we don’t center women, Two-Spirit and gender diverse people,” says Sultana. “As we move forward, we need all hands-on deck and urgent action on the social determinants of health like gender inequities. When any one of us can’t reach our full potential, that hurts us all. We need to take significant action because the decisions made now will have implications for generations to come.”