Indigenous Mental Health Capacity from the Ground Up 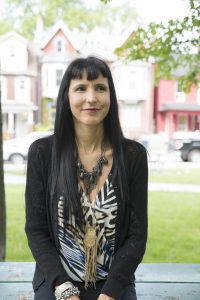 The project is crucial at a time when Indigenous people are experiencing a resurgence of existing Colonial trauma further exacerbated by COVID-19, says project lead and WBIIH Director Suzanne Stewart of the Yellowknife Dene First Nation.

“Our communities have historically a mistrusting relationship with the health-care system. It’s critical that Indigenous people interact with the healthcare system so that they can address pandemic needs – testing, treatment and vaccination,” says Stewart.

“The system needs to work extra hard right now to overcome these issues and for Indigenous peoples to not be left behind as statistics.”

The ON NEIHR team wants to address Indigenous mental health through an Indigenous paradigm and methodologies using an evolving Indigenous leadership model that includes processes such as consensus. The network’s ultimate goal is for these knowledge translation frameworks to be used widely and be sustained through Indigenous infrastructure.

“We are trying to do everything from a cultural perspective within the confines of the healthcare setting. We’re asking the system to accommodate and change instead of having Indigenous peoples accommodate on what mental health and research are supposed to be,” says Stewart.

The team has mobilized 18 Indigenous researchers, including faculty, community leaders, and Elders from across Ontario, to look at illness prevention and cultural safety through four areas of mental health research: land-based and planetary health solutions, trauma healing and reducing addictions, enhancing wellbeing and eliminating suicide, and translating Indigenous knowledges data into practice and policy.

Along with the working groups, the team is rolling out a survey to understand Indigenous community needs during the Covid-19 pandemic, and building capacity through the training of young Indigenous people with or without formal training like Doctoral Candidate Mikaela Gabriel. She has her hands in many aspects of the project. She enjoys research, report development, brainstorming, and delving into traditional knowledge and policy. 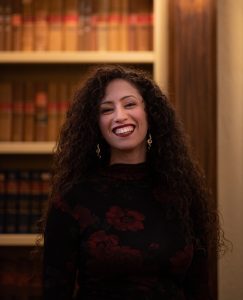 “I learn new things at every monthly webinar meeting. Each of our monthly team meetings are opened and closed by Traditional Knowledge Keepers or grandmothers. Not only am I growing as a researcher, but it opens me spiritually. That’s something I’m grateful for and I didn’t think it was possible for me,” says Gabriel, who is of Mi’kmaq and Italian ancestry.

For Gabriel, it is no longer just a project. Many students like her feel supported by senior peers through the mentorship opportunities. Gabriel says: “It reflects a strong Indigenous value to support the new generation.”

In her theme group, they identify how policy impacts Indigenous peoples, find gaps, and translate their knowledge into policy. It is common for a researcher in another theme to sprinkle advice to other groups.

Research coordinator Roy Strebel, who is Anishinaabe from Thessalon First Nation, shares the same sentiment. “It’s great in the sense that, we get to hear and share other people’s knowledge and research and that’s something that we really enjoy,” he says. “For me, I think there’s a lot of unknown issues in Indigenous mental health and I can see a lot of this coming through webinars.” 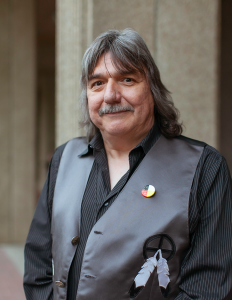 While the network is saddened that they cannot gather in person, they have reached a wider audience through online channels—many of whom would not be present in person. Webinars are archived online for continuous viewing.

The WBIIH NEIHR team has intentionally extended their reach outwards to include more Indigenous researchers outside the U of T fold. Ontario has a large population of Indigenous people with a large number of researchers who need more forums to connect, Stewart adds.

“It’s really humbling and a huge honour to have our team of researchers selected for the NEIHR but I feel that the competitive nature undermines the cohesion of Indigenous researchers,” says Stewart.

“It’s been almost a year since we started rolling out the network and we are working on connecting and building relationships: we have national and international reach. Our strength is in collaboration.”