Sarah Richter has been running non-stop online and offline during the pandemic. At the beginning of the pandemic, as DLSPH grappled with the fast move to online classes, Richter and the PHSA pivoted as well.

Richter’s academic journey has been filled with pivots. She initially wanted to work in physical therapy and while her interest in the rehabilitation sciences hasn’t gone away, the pandemic has opened her eyes to the opportunities available in public health. She will be graduating with an MPH in epidemiology.

Do you have a job lined up or some new opportunities after graduation? 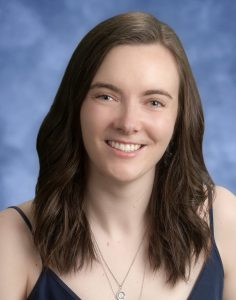 Yep. I’m still working in the job that I had for my second practicum. I’m doing injury surveillance with the Public Health Agency of Canada until the end of the summer, just because it’s a casual contract.

And after that, we’ll reevaluate a third space. As much as I love the role, I can’t help but feel like I’m missing out on other opportunities out there. My interests primarily lie in chronic disease and injury. But given the pandemic, there are so many great opportunities to get involved with infectious disease and public health these days.

How does it feel for your realm to play out in the outside world – i.e. the worst-case scenario [a pandemic] happening right now?

Of course, it’s horrible that it had to happen and that our global economy and interactions with the environment mean that we are seeing more emerging diseases.

I hate to take benefit from people’s poor experiences in the past year and a half but the fact is that it at least has given public health some recognition, and we’re now able to put some attention on more overlooked aspects of public health.

With chronic disease, we see that as more people are at home, there’s an increase in mental health concerns, a lot of people are not getting their elective surgeries done for things like hip or knee replacements they’ve been waiting on forever, and the costs associated with health care are changing. The primary concern these days with public health is COVID. But secondary to that, we can now pay attention to some more neglected conditions out there.

In terms of chronic diseases, what were you looking at specifically?

So in my first practicum, I looked at neurological conditions: mild traumatic brain injury or concussion more specifically. And this time around, it’s been more injury and chronic disease-focused. So looking at poisoning, specifically benzodiazepines and other prescription use medications. I’ve also had the chance to look at anorexia nervosa, but from my background working as a kinesiologist, I worked with spinal cord injury, traumatic brain injury. And then typical orthopedic injuries due to motor vehicle accidents or workplace incidents.

But of course, something more common like diabetes or heart disease or topics, even though I haven’t had direct experience with, I was really able to explore in some of my coursework in second-year epi.

What made you transition from kinesiology to epidemiology?

Kinesiology in Canada right now, unfortunately, isn’t in a place where you can make much of a career out of it, especially coming from BC. Ontario is the only province where kinesiology has a college, so they’re better recognized here and do get better pay.

That was my initial plan after my undergraduate—to go on to physical therapy. Lots of people with “kin” backgrounds also do occupational therapy, recreational therapy, some go into nursing, some into medicine, and I am still thinking about medicine a bit. I realized that some of the things I wanted to achieve as a kinesiologist, or just in clinical care are better done at the population level to make that larger impact. So when I was considering what to do for my Master’s, that’s what steered me towards public health.

What was the motivation behind running for the Public Health Student Association?

The motivation behind doing that was the positive experience that we had in our first year of the program, but also the potential for growth. In our first year, the PHSA was very successful with their social events and making people feel connected. So, we knew that was something that we wanted to continue. But also, to make sure that students who weren’t as involved had more opportunities, that we could reach out to every program within DLSPH, and make sure that students that would have accessibility needs could have the means to participate.

Of course, we couldn’t achieve all of that, unfortunately, because we had the big learning curve of doing all of this online; we had a completely virtual council this past year. And as much as we would have liked to have dedicated more time, especially to supporting our Black and Indigenous peers, the transition to an online student council environment was an added challenge.

What are some of the big learnings?

Engagement is really tough, virtually, especially when it’s structured. We found that more casual interactions where you didn’t necessarily have a goal, were the best way to engage with each other.

So we mitigated some of the challenges if we hosted an event where it was a games night. We were able to engage students because it’s not necessarily a high-stakes situation like a workshop where people want to develop their skills and come out with something concrete.

Other challenges would just be within the council itself. As much as everyone did a great job within their roles, it was definitely difficult for us all to be cohesive as a council. And, again, going back to our goals of wanting to engage with all student groups within DLSPH, that virtual barrier to be able to find where those students were and meet them where they’re at was a major difficulty.

Is there something that you wish you would have done differently online and offline?

I regret not having a better plan and objectives for the virtual environment, going into the PHSA. I’m not too sure what the previous council’s objectives were, but from the outside perspective, just viewing students’ engagement, it seemed they were achieving whatever objectives they set. I know one thing that we would have liked to have seen, and I can’t really say that I regret not doing it because there was not the plan, but to have a larger celebration together in honour of students’ achievements and resilience

Of course, we couldn’t at the end of last year. But I almost wish that at the end of orientation week, when you already have all new students’ attention and really make those first impressions with them, there was an opportunity in a large social environment to celebrate the completion of their first week and a demanding and condensed course.

How have you maintained some sort of levelheadedness doing everything that you are doing right now online (PHSA and course work)?

Thankfully, it comes from my kinesiology background and having done some work as a student athletic trainer that I was able to stay active and use that to take breaks from my computer. So, whether that’s getting away from work or getting away from studying, it is something that I can do that helps give me a mental and physical refresher.

Also, staying active helps me just feel confident in myself. Knowing that when we do return to in-person activities, that when I want to, let’s say play intramural sports, which is something that I love, I will feel sure of my abilities to continue doing that.

The PHSA’s role has changed a lot!

It’s been interesting this year to see how the group has evolved. And even though we are primarily a student government, and that’s what we continue to do with everything that’s been going on, we’ve sort of transitioned to playing a role as an advocacy group. That’s not what the PHSA is, through and through, but we’ve at least been able to integrate it a bit more in what we do. But I think moving forward, we need to make it really clear to students what the PHSA can and can’t do. And of course, with the switch to virtual learning and a virtual Council, we learned of new things that we couldn’t do previously because we were in a very new and dynamic setting.