Discrimination and living at the intersection of several markers of identity that are associated with social stigmatization are underlying determinants of health outcomes.

And yet, they also found a lack of focus on the relationship between poverty and health in Queer and Trans communities. Only 33 papers highlighted the relationship between poverty and health outcomes. Robust research would help researchers understand how income affects various pockets of Queer and Trans communities’ health outcomes.

“Socio-economic status and poverty are still left out of the conversation, even though it is such a prevalent thing that impacts people’s health— especially at the intersection of sexual orientation, gender identity and poverty,” says David Kinitz, a PhD Candidate in Social and Behavioural Health Sciences and study lead. 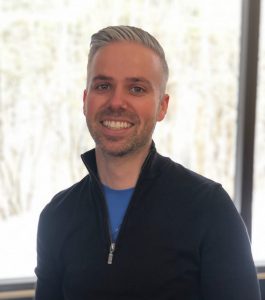 Researchers found Queer people with higher income were more likely to advocate for their health. “There’s a socialization that you are taught within different hierarchies within social-economic groups,” Kinitz suggests.

“People in more precarious economic situations face more barriers, like discrimination, when navigating health systems, not in the same way that people with a higher-income do.”

Without context on their financial situation, healthcare providers may miss critical social determinants of health. “If our GP knows something about our personal life, like sexual and gender identity and economic status, then they can make more tailored decisions that are going to help with health outcomes,” says Kinitz.

They also found that Trans people, racialized people and those living with a disability had lower economic status overall. Good and secure employment which leads to higher income is often difficult to attain or keep, says Kinitz since “a lot of Queer and Trans people also have intermittent disabilities like depression, for instance.” Trans people are the hardest hit with a third reporting difficulty in securing gainful employment.

“Queer and Trans people are likely in more precarious jobs that don’t have the benefits and sick days that would be helpful for them. Some might take time off for certain medical reasons or even mental health reasons. They might not be able to get that unless they attain a certain type of employment with benefits and sick days. And even then, once they have this safety net, they might continue to face discrimination at work and in healthcare.”

Education can be a protective factor in Queer people’s earning potential, but they continue to face discrimination and inequity across all groups, says Kinitz. For those seeking employment, a 2011 survey in the United States found that identifying as gay may prevent a person from being gainfully employed. “The study noted that if you volunteered or worked for a Queer serving organization, that’s possibly outing you on your resume even before we even get in the door,” says Kinitz.

Researchers’ scoping review found insufficient data to meaningfully look at the impact of race, income, and health outcomes among Queer and Trans communities. Kinitz is concerned that research to date focuses too heavily on cisgender white men while ignoring the health disparities of those most marginalized. For instance, two-spirit people are often cited in research but with little findings between their health outcome and socioeconomic status, adds Kinitz.

For now, Kinitz argues that there needs to be better access to mental health care for Queer and Trans communities and more cultural competence training for primary health care professionals, keeping their economic status in mind.

Kinitz also hopes that further research will purposefully recruit samples from all populations within Queer and Trans communities to have a clearer picture of the work that remains to be done.

“There’s room for growth especially in future research for bisexual, trans and two-spirit populations. These populations are often left out of research.”