“Friends have warned me that they want to take your blood because later, they will sell it,” says a transgender Peruvian woman who participated in a recent trial of the HIV prevention drug PrEP.

“We are experiments for other countries to see whether or not we react well to the pills [PrEP],” said another. 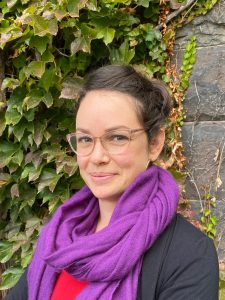 Perez-Brumer says her findings that she published in a recent paper should prompt all researchers to consider equity at every step of a research study.

“It was very clear that participants were aware of this rapidly expanding research landscape targeting trans women for HIV prevention in Peru,” says Perez-Brumer. “But they were looking around and their community, their friends—people are still dying of HIV, people are still getting HIV, and they don’t have access to services primarily outside of these trials.”

Given the prominence of HIV prevention studies, several participants questioned how the data would be used and the study’s purpose. Most asked if they would be given PrEP at no cost after the study. Many reported that they felt the discrimination as they approached the building where the trial was being held.

“There were rampant [reports] of transphobic mistreatment of participants in getting to the clinic, oftentimes carried out by medical providers, staff, security guards, and other patients in the waiting room,” says Perez-Brumer.

Participants also felt that their reports about side effects were often ignored. “The severity of their side effect was much greater than what had been reported in other clinical trials. Perhaps this was simply because the data were not captured. Or perhaps the right questions were not being asked. Regardless, in our study, participants recounted that oftentimes their narratives were dismissed, perceived by researchers as inaccurate or contradicting the existing data.”

This is not unique to this study.

“We hear often hear sentiments of being a human experiment in other global settings with historically excluded populations. But it was amplified here with regards to PrEP,” she adds. “So, there was a recognition of short-term rewards by participating in the study—access to study drugs, financial incentives, temporary access to routine care—but this was really contrasted with what happens when the study ends.”

Some participants became advocates for themselves, says Perez-Brumer, asking where their blood work was going. Many asked where the funding came from. Perez-Brumer began to ask herself the same thing.

“There was a component of the study that had hair samples to look at adherence data. And that did not go over well with the community. And the question kept coming up, ‘where’s this going?’”

As part of a study’s ethical requirements, drugs are often donated as they are too expensive for participants. A generic PreP drug has not yet been approved, and although available in Peru, it is costly for most Peruvians.

“I went to pharmacies in the highest income neighbourhoods, and it was almost virtually impossible to find PrEP. They could see it in their computer system, but they did not stock it because there wasn’t the demand. And the price was just astronomical,” she says.

The onus is no longer on the Global South to push back, rather, it is an opportunity for the Global North to step up, says Perez-Brumer.

She does not exempt herself from these criticisms, but she hopes her findings will help researchers probe deeper into participants’ concerns.

“This idea of hesitancy really does strip communities of agency and community-based knowledge that’s been acquired, unfortunately, through these systemic oppressions. So, we were very mindful of how we use mistrust here. It’s not ‘mistrust’—it’s that the system in and of itself that isn’t worthy of trust yet.”

Perez-Brumer and her co-authors underscore that “this paper should serve as a call to action to reckon with PrEP mistrust as a systemic institutional- and industry-level problem that is replicated and manifested through global HIV prevention research.”