Waking Up to the Reasons Behind Chronic Sleeplessness

Waking Up to the Reasons Behind Chronic Sleeplessness

While she radically accepts her bouts of sleeplessness, her professor in the Social and Behavioural Sciences division, insomnia researcher Michael Atkinson, suggests that it might be time to revisit the societal structures that induce sleeplessness. 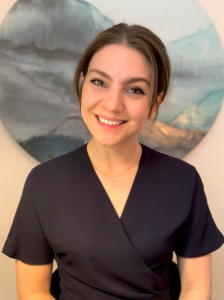 “You know sporadically, periodically or continuously having trouble falling asleep and staying asleep is just a normal part of our human experience, and yet we have special mattresses, oil diffusers, teas and meditation,” says Serota who is studying health promotion at the Dalla Lana School of Public Health.

There are also apps with white noise machines, herbal supplements and pharmaceuticals, the list goes on. “Who is benefitting from this?” she asks.

Atkinson teaches a course on narrative research where students recount a personal health experience using the medium of their choice. Serota, who now quilts when she can’t sleep, had an idea.

“Throughout the semester we’ve been learning about different ways of creating stories and presenting stories. I had this a little bit off-the-wall idea to create a quilt to help tell the story of having insomnia, but particularly embracing sleeplessness instead of seeing it through our traditional, medicalized and pharmaceuticalized lens,” says Serota.

Although 15 percent of Canadians report living with sleeplessness, the area of research does not generate enough interest in the public health realm, says Atkinson. The jury is still out on how many people live with a level of night-time sleep disorder.

Insomnia still remains what he calls an invisible disability. “It’s not sexy. It’s not something that’s going to receive a lot of public attention [in public health],” says Atkinson who is also a Professor at The Faculty of Kinesiology and Physical Education at U of T.

Atkinson became interested in sleep at the population health level following his bouts of insomnia as a teenager.

There is substantial research and a massive industry dedicated to sleep but very little literature on the public health front. There is however a small area of scholarship dedicated to the “sleep industrial complex”—critiquing the concept of sleeplessness as a medical disorder, says Serota. 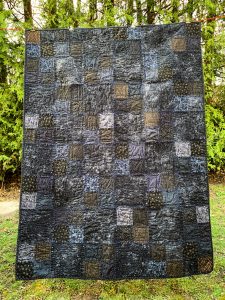 Both agree that while sleep is important at the biomedical level, the sleeper’s social climate cannot be underestimated. According to ongoing literature, the people who are most vulnerable to insomnia are marginalized women of lower socio-demographic positions.

“COVID has taught us a lot about public health issues. The most vulnerable members of any social structure usually report higher in categories related to population health conditions and this is certainly true of insomnia,” says Atkinson.

He argues that it’s a twin process in relation to the pandemic: While some people experienced sleep disorders because of anxieties related to the pandemic, others have thrived since their new routine provided them with some flexibility.

Serota has enjoyed her flexibility. Her new work schedule has helped her choose a sleep cycle that matches her internal clock. She suggests that conformity could be making us sick.

“I have just embraced sleeplessness and instead of fighting against myself and getting really frustrated and worked up that I can’t fall asleep. I just get out of bed and go do something else, and then wait until I feel tired and then say ‘Okay, I guess, now is when I’m going to go to sleep.”

To embrace sleeplessness is to embrace flexibility, an option that’s not available to everybody in the current social and work structures. The pandemic changed that structure for some, introducing flexibility, says Atkinson. But even those with the option to work from home have faced their fair share of stress. And pre-COVID, workers reported being stressed with off-hours work demands. Twenty-seven percent of Canadian workers report high-to-extreme levels of stress on a daily basis.

“We’ve got these nine to five schedules or whatever schedules that structure our existence. But we take so much of that home and it’s never over, and so we’re either working late into the night, or we have 100,000,000 things in our head at night. And this is such a common thing,” says Atkinson. 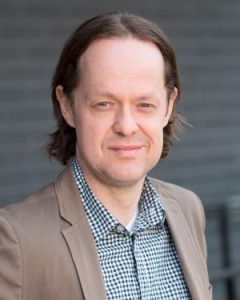 Michael Atkinson
Photo Credit: Faculty of Kinesiology and Physical Education at U of T

“You’re not able to sleep within the confines of that structure. You never get to sleep, and then it creates more anxiety when you try to sleep because you’re constantly worried.”

There is no silver lining in this tiring situation but as a collective, Atkinson says we should look at health interventions that could promote work-life balance when possible.

“The more we can integrate flexibility, the more that we can look at changing the structures of how and how often we work, the length of our shifts, the degree to which we ask people to take work home with them, the degree to which people who experience job insecurity.”

Atkinson would like society to seize the opportunities that this pandemic has granted all of us to recognize the unhealthy ways in which people are expected to work. Perhaps it starts with looking closely at the people who are living with the most stress. “And we use that to consistently push for more healthcare equity. Because the worst thing that happens is that we assume culturally that the lack of sleep is normal.”

Serota’s research interest focuses on family bereavement experiences following medically assisted dying. But since delving into the area of sleep and publishing her critique, she has received support in new places.

“I received a kind email from someone I had never met before, who said that she had read my paper, and it really spoke to her. I wasn’t anticipating that kind of reception. It was really nice to see that she had a similar experience to me.”