Research finds influenza in humans is seasonal in Bangladesh

Research finds influenza in humans is seasonal in Bangladesh

Avian influenza in poultry, less so

New research by a University of Toronto PhD graduate has determined that human influenza infections in Bangladesh have a high season in the summer months, while avian influenza in poultry is present at similar levels year-round. 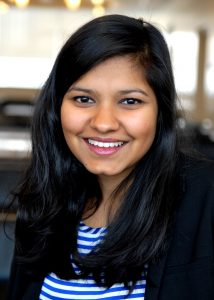 In a paper published recently in Lancet Global Health, researcher Isha Berry from Dalla Lana School of Public Health, working in partnership with multiple human and animal health institutes in Bangladesh – including the Institute of Epidemiology, Disease Control and Research; the International Centre for Diarrhoeal Disease Research, Bangladesh; the Department of Livestock Services; and the United Nations Food and Agriculture Organization — identified a distinct influenza season with an annual peak during the monsoon season in June-July each year, with the timing of the epidemic’s peak varying among regions.

By contrast, avian influenza in poultry displayed weak seasonality, with moderate year-round circulation and a small peak in April that wasn’t in sync with the human epidemic peak.

Berry conducted a retrospective time series analysis to examine human influenza trends using surveillance data collected by 32 hospitals across the country from 2010 to 2019, as well as environmental data from 110 live poultry markets in Dhaka City Corporation, an area that includes the capital. She examined human influenza trends in 10 distinct regions across the country, one of the first large-scale studies to do so.

“A lot of work has been done in temperate regions to understand influenza seasonality, but there has been a lot less research done in tropical regions with hot-humid climates,” says Berry.

The reported burden of influenza in Bangladesh is moderate, with severe cases predominately detected among young children and older adults. Vaccine uptake in this context is generally low, although vaccine campaigns have been discussed, especially for high-risk groups and those with great mobility.

Her study identified a five-week lag time between the first peak of influenza in Dhaka City Corporation to the outermost region of the country on the west coast.

“This is a pattern you see with respiratory diseases in North America,” Berry says. “The disease peaks first in cities or urban hubs and migrates outwards radially to the rest of the country.”

With regard to avian influenza, the study uncovered that circulation in markets was quite high throughout the year, with 40 per cent of markets detecting positive environmental samples even outside of the April peak. However, Berry doesn’t advocate market closures since markets are an integral part of the food system based on local cultural food selection preferences and the broader eco-social context. Instead, she recommends evaluations of biosecurity practices within markets and along the poultry value chain to reduce avian influenza transmission.

Given that her data were collected prior to COVID-19, Berry suggests that in future work it will be important to examine the impacts of the pandemic on human and avian influenza peaks and patterns. She also advocates for enhanced surveillance during the avian influenza high season to monitor and identify if new infections spill over to human populations.

“Human and avian health are connected,” Berry says. “It points to the importance of sharing data among human, animal, and environmental government ministries so that novel viruses can be detected early and responses can be coordinated rapidly. Overall, setting up and maintaining robust surveillance systems are essential for local and global public health agencies to monitor disease trends and make appropriate public health decisions. This can help detect and prevent the next pandemic.”