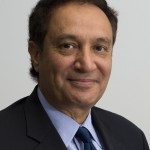 Contributions to various other U of Toronto courses

Dr. Abdallah Daar is Professor of Public Health Sciences at the Dalla Lana Faculty of Public Health, University of Toronto, with a cross-appointment in the department of Surgery. He is Senior Scientist at University Health/Toronto General Research Institute, and is Director of Ethics and Commercialization at the Sandra Rotman Centre, University Health Network and University of Toronto. At Grand Challenges Canada, in addition to being a member of the Board of Directors, he is the Chief Science and Ethics Officer and Chair of the Scientific Advisory Board. Professor Daar was the founding Chair of the Board of the Global Alliance for Chronic Diseases (2009-2011) and is Chair of the Advisory Board of the United Nations University International Institute of Global Health. He is also a member of the Board of Directors of Genome Canada

After medical schools in Uganda and London, England, he went to the University of Oxford where he did postgraduate clinical training in surgery and also in internal medicine, a doctorate in transplant immunology, and a fellowship in organ transplantation. He was a clinical lecturer in the Nuffield Dept. of Surgery at Oxford for several years before going to the Middle East to help start two medical schools. He was the foundation chair of surgery at Sultan Qaboos University in Oman for a decade before moving to the University of Toronto in 2001.

Professor Daar’s academic career has spanned biomedical sciences, organ transplantation, surgery, global health, and bioethics. He works in various advisory or consulting capacities with the UN, the World Health Organization and UNESCO, was a member of the African Union High Level Panel on Modern Biotechnology, and chaired the 4th External Review of the WHO/World Bank/UNDP/UNICEF Special Program on Tropical Diseases Research and Training.

His international awards include the Patey Prize of the Surgical Society of Great Britain, the Hunterian Professorship of the Royal College of Surgeons of England, the UNESCO Avicenna Prize for Ethics of Science, and the Anthony Miller Prize for Research Excellence at the Dalla Lana Faculty of Public Health, University of Toronto. He holds the official world record for performing the youngest kidney transplant. His major research focus is on the use of life sciences to ameliorate global health inequities, with a particular focus on building scientific capacity and increasing innovation in developing countries, in addition to studying how life sciences technologies can be rapidly taken from “lab to village”. He has published over 350 papers in peer-reviewed journals and as chapters in various books. He has also published six books including the latest one co-authored with Dr. Peter Singer, The Grandest Challenge: Taking Life-Saving Science from Lab to Village.

He is currently working on a new book called Garment of Destiny.

· Fellow of the Royal Society of Canada

· Fellow of the Islamic World Academy of Sciences (2009-)