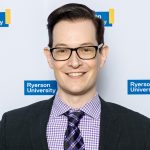 Ontario HIV Treatment Network Endgame Leader Chair Award 2019-2022
Awarded for program of research on “Integrating Mental Health Into the HIV Prevention and Care Cascade for Gay, Bisexual, and Other Men Who Have Sex with Men (GBMSM)” and for excellence, rigor and relevant research that addresses OHTN priorities and communities.
Award amount per year: $75,000. Total amount: $225,000.

College of New Scholars, Artists, and Scientists of the Royal Society of Canada 2016

Fellow, Association for Behavioral and Cognitive Therapies (ABCT) 2015
Awarded for significant and sustained contributions to the science and practice of cognitive and behavioural therapies.

Ryerson University Faculty of Arts Dean’s Excellence Award for Research Impact 2015
Awarded for research quality and productivity over the past year.

Fellow, Canadian Psychological Association (CPA) 2013
Awarded for distinguished contributions to the advancement of the discipline of psychology and for exceptional service to provincial and national associations.

Ontario HIV Treatment Network Career Scientist Award 2011-2016
Awarded for program of research on “HIV prevention with men who have sex with men” and for reputation for excellence in HIV research and a strong record of publication and success in obtaining competitive gratn funidng.
Award amount per year $72,000. Total amount: $360,000.

Engage Cohort Study – This study is Canadian collaboration between researchers and community-based organizations on HIV and sexual health among gay, bi, and queer men, including trans men, and other men who have sex with men (GBM) in Canada. Its three primary aims are to provide research evidence to inform HIV and STI prevention initiatives for Canadian GBM, build capacity for a pan-Canadian network on HIV and sexual health research for GBM, and integrate community engagement into all stages of the project to enhance community-researcher collaboration and bidirectional knowledge exchange.

The main components of the Engage Cohort Study include:

Find out more at engage-men.ca!

Sexual Confidence – RCT – This study tests the efficacy of a novel integrated HIV prevention intervention that combines the most empirically supported treatment for social anxiety disorder, cognitive-behavioural therapy, with HIV risk reduction counselling in order to simultaneously treat social anxiety disorder, substance use disorders, and HIV sexual risk behaviour. This study is a randomized controlled trial comparing the study intervention relative to applied relaxation. For this trial, 176 participants will be randomized to either 12 sessions of cognitive-behavioural therapy with HIV risk reduction counselling or 12 sessions of applied relaxation. Under the supervision of Dr. Hart, the HIV Prevention Lab’s graduate students conduct assessments and provide counselling for the study participants.

Dr. Hart is the Principal Investigator on this study. This study is supported by an Operating Grant from the Canadian Institutes of Health Research, with support from the CIHR Canadian HIV Trials Network.