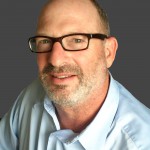 Dr. Steven Narod is a Tier I Canada Research Chair in Breast Cancer, a full professor in the Dalla Lana School of Public Health and the Department of Medicine at the University of Toronto, and a senior scientist at Women’s College Research Institute, where he leads the Familial Breast Cancer Research Unit. Dr. Narod is renowned for his resesarch on the BRCA1 and BRCA2 genes, that when mutated, substantially increase a woman’s lifetime risk of breast or ovarian cancer. He also studies various aspects of cancer prevention and screening. With more than 550 peer-reviewed publications and an h-index of 85, he is the most-cited researcher in the world in the field of breast cancer. In 2012, Dr. Narod was elected a Fellow of the Royal Society of Canada.

Dr. Narod has studied hereditary breast cancer since 1987 at the International Agency in Research in Cancer in Lyon France with Dr Gilbert Lenoir. He reactivated his career in Canada in 1995 at McGill University under Dr David Rosenblatt working with Dr Patricia Tonin and Dr William Foulkes. He is a co-discoverer of the BRCA1 and BRCA2 genes, and since their discoveries in 1994 and 1995, he has studied the distribution of mutations worldwide. His team have identified founder mutations in the Ashkenazi-Jewish, French-Canadian, and Bahamian populations. His recent research has revealed that one per cent of Jewish women in Ontario carry a BRCA1/2 mutation, that half of these women are not eligible for provincially-funded genetic testing. Most recently, Dr. Narod’s collaborative research showed that women in Poland with BRCA1mutations have a 46 per cent lower risk of breast cancer than women in North America with the same mutation. Dr. Narod’s seminal discoveries have stemmed from both his laboratory and his database – the largest of its kind – of over13,000 women. He has advanced cancer genetics around the world through collaboration with experts in over 30 countries in North America, Asia, Europe, the Caribbean, and Latin America. His research has been instrumental in understanding the role of hereditary factors in breast and ovarian cancer, and he continues to translate the emerging knowledge into more effective strategies for cancer prevention, detection and management. Dr Narod’s influence during the last 15 years has profoundly shaped current knowledge of how to assess breast and ovarian cancer risk and reduce its mortality amongst carriers of BRCA1/2 mutations.