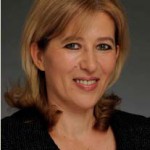 Dr. Popova currently leading two of the largest FASD studies in Canada: 1) the estimation of burden and economic costs associated with FASD, and 2) the estimation of the prevalence of FASD among 8,000 elementary school children in Ontario, which is a part of the FASD National Strategic Projects Fund. These projects received attention from both the media and from the Canadian federal Ministry of Health. Both of these studies will serve as models for use in other countries. Dr. Popova is also a co-principal investigator of a twelve-country international study on estimating prevalence and incidence of FASD supported by the World Health Organization (WHO) and the National Institute on Alcohol Abuse and Alcoholism.

Dr. Popova is an associated editor of several peer-reviewed journals including BioMed Central Public Health, The International Journal of Alcohol and Drug Research, and Journal of Addiction Research and Therapy.

Dr. Popova collaborated on the WHO Global Burden of Disease studies on alcohol consumption as a risk factor for burden of disease. She was also one of the conductors of the second Canadian Cost Study on Substance Abuse and Avoidable Cost of Alcohol Abuse in Canada.

Estimating the prevalence of FASD among 8,000 elementary school children in Ontario

Cost Study on the Economic Impact of FASD in Canada

Estimating mortality, morbidity, law enforcement problems, and productivity losses due to premature mortality and disability of individuals with FASD, and the associated economic cost in Canada

Serving as the data centre and providing methodology and technical support for a large-scale WHO-NIAAA study on estimation of prevalence of FASD among children in low- and middle-income countries of Eastern and Central Europe, Africa, Asia, and Latin America

•Conducting several systematic literature reviews on co-morbidity of FASD; prevalence of drinking during pregnancy and FASD in different populations and countries; estimating global prevalence of FASD

More publications are available at PubMed