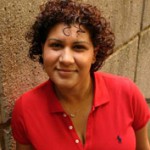 Arjumand Siddiqi is a Social Epidemiologist.  She is Professor and Division Head of Epidemiology at the Dalla Lana School of Public Health, University of Toronto, where she holds the Canada Research Chair in Population Health Equity. She also holds cross appointments in Public Policy and Sociology at the University of Toronto, as well as an adjunct appointment at the Gillings School of Global Public Health, University of North Carolina – Chapel Hill. Dr. Siddiqi’s research centers on understanding why health inequalities are so pervasive and persistent, and what can be done about this, with an emphasis on the role of societal conditions (policy, politics, economy, and so on). In recent years, she has focused on (a) evaluating of the impact of specific social policies on population health and health inequalities, (b) examining the causes of contemporary trends in population health and health inequalities, (e.g., the recent, unusual decline in life expectancy in the liberal welfare states; the widening of racial and socioeconomic health inequalities in many societies; the social distribution of the COVID-19 pandemic) and, (c) reflections on concepts and methods used in health inequalities research. Dr. Siddiqi also engages with governmental and non-governmental entities, including the Government of Ontario, the Government of Canada, and the World Health Organization.