Investments in cancer control — prevention, detection, diagnosis, treatment, and palliative care — are increasingly needed in low- and, particularly, middle-income countries, where most of the world’s cancer deaths occur, a paper published today in The Lancet recommends. 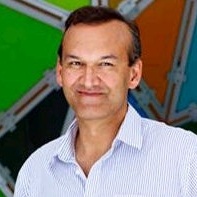 Of the eight million cancer deaths worldwide in 2012, five million occurred in middle-income countries and 500,000 in low-income countries, and those numbers are expected to rise substantially mainly due to adult population growth.

Many of these cancer patients received no effective treatment and no opioid drugs to control severe pain, or their families became impoverished paying for treatment.

Researchers led by Epidemiology Professor Prabhat Jha, director of the Centre for Global Health Research of St. Michael’s Hospital, outlined a series of practicable, cost-effective strategies for countries to address most of their preventable or treatable cancer burdens in The Lancet. Most middle-income countries could achieve this coverage within a few years, Dr. Jha said.

The paper does not recommend an initial emphasis on cancer screening, which is expensive and requires considerable infrastructure. Screening for breast and prostate cancer have also attracted significant controversy in high-income countries for being only moderately effective or leading to overdiagnosis and overtreatment. The exception is cervical screening, which can be done by visual inspection, can be easily diagnosed and treated inexpensively.

This study received funding from the Bill and Melinda Gates Foundation, the U.S. National Cancer Institute and the Canadian Institutes of Health Research.