Dalrymple-Fraser [they/their] does not have answers—just questions about statistics, personal responsibility and disability that could help spark a frank conversation about how the stigma around suicide has not changed.

Recent studies have shown that suicide rates have dropped during the pandemic. “But that doesn’t necessarily mean that our attitudes towards suicide have improved, that people are any better off than they have been previously,” says the Vanier Scholar in the Department of Philosophy and the Collaborative Specialization in Bioethics at the Joint Centre for Bioethics.

Dalrymple-Fraser started studying death and dying independently at the pandemic’s start. It’s a personal research interest and a topic that is close to their heart as they have multiple experiences with suicide and suicidality. 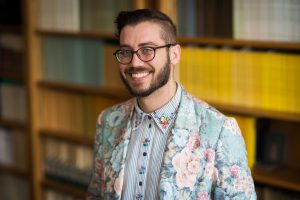 “We know little about what led deaths to decline during the pandemic,” they say. “It’s a common tactic [to only look at the numbers] in our society and most research on suicide is quantitative.”

“Could the number of deaths as a result of suicides have gone down during the pandemic just because people have less access to more lethal means of engaging in suicide while remaining equally suicidal?” asks Dalrymple-Fraser.

“That’s a plausible story this data alone can’t discount. Just looking at these statistics is not necessarily going to give us adequate information.”

And that’s only if they collect data on each death. DLSPH Prof. Akwatu Khenti, who is involved in Black mental health research, says that the numbers behind Black suicides for example are not reliable as the Ontario government does not collect race-based data.

“There is also limited funds for health programming to address Black mental health concerns even when health professionals perceive significant and growing racial disparities; for instance, with opioid overdose deaths, suicide ideations and suicide attempts,” says Khenti who is also a scientist in CAMH‘s Institute for Mental Health Policy Research.

“It’s a haunting reality. Still not enough to move our provincial decision-makers. Everyone knows: no data, no problem.” 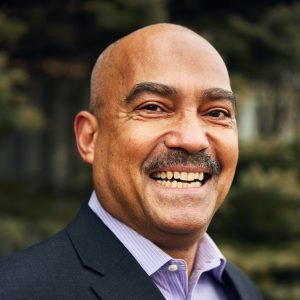 An act is deemed “suicide” if it resulted in death but researchers have difficulty probing deeper into the statistic. “It’s really hard to find out if somebody actually died by suicide if our definitions require that it be an intentional undertaking,” Dalrymple-Fraser says.

The intent is impossible to understand when a suicide attempt is fatal. Dalrymple-Fraser says researchers often interview people close to the person who died to develop a picture of their psychological profile but that isn’t enough.

“If we picture suicide in a longer timeline, we’re also going to be able to engage in possibly more productive research with people who may or may not engage in suicide behaviours but have relationships to suicide over longer periods of time.”

Suicide is also poorly understood because stigma is still present. It is still perceived as a moral failing.

“We are socialized to think about a lot of suicide as failures to deal with a certain circumstance,” they say. “How much do we put the onus on individuals and their resilience rather than the need for social structural changes?” 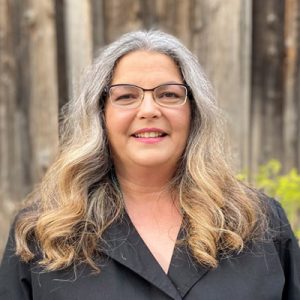 DLSPH’s Indigenous Health Lead, Prof. Angela Mashford-Pringle, says that for Indigenous communities, the death of one community member sets off clusters of deaths.

“When your community is 500 or 1,000 people, just one suicide can be very destructive to the immediate family, to your extended family, to the entire community,” says Mashford-Pringle.

“We don’t see just one suicide. There are often five to 10 in a community all at once. This can keep a community in grief for years, which leads to more mental health problems.”

Social programs geared towards prevention seem to shift blame as well, says Dalrymple-Fraser. Governments have put money into prevention by working with groups and communities for support. When a project fails, they can defer the blame back to these groups. Governments send counsellors or professionals for no more than a week to Indigenous communities following strings of suicides, says Mashford-Pringle. The community is left to heal on its own.

What most concerns Dalrymple-Fraser is the way conversations are handled in cases of non-fatal suicide attempts.

“Restriction to lethal means is supposed to deter suicides in part because of these fears of a lifelong disability that results out of an attempt to die by suicide, that does not result in death. What does that say about how we position disability within this discourse as something to be feared?”

They say that disabilities are often seen as burdensome. It is common for people to hear: “You’re so brave. If I were like you, I don’t know that I would like to continue [to live],” they say.

These concepts play out in the same way in the medical assistance and dying discourse as death is perceived as another preferred outcome instead of living with a disability. “It’s hard for a lot of people to understand disability—it’s not necessarily bad,” they say.

Dalrymple-Fraser is set to talk about their research at the UPenn MAP 2022 Conference where they will unpack the disability angle of their research.

“I don’t think a lot of the questions we asked about suicide are based on a premise that suicidality is all about death.”

You’re not alone! If you are thinking of suicide or know someone who is, there is help and free support. Resources are available online at crisisservicescanada.ca call the national suicide prevention helpline at 1-833-456-4566, or the Kids Help Phone at 1-800-668-6868.