PrEP for HIV Prevention Should Be Free for Canadians, Say Researchers

PrEP for HIV Prevention Should Be Free for Canadians, Say Researchers

Pre-Exposure Prophylaxis (PrEP) for HIV prevention should be available at no cost to all Canadians who meet the clinical guidelines, say researchers at the Dalla Lana School of Public Health (DLSPH).

“Removing cost as a barrier to access in Ontario, like in some other provinces, is a fundamental change that may help to ensure more equitable access to this highly effective medication,” says Prof. Daniel Grace who leads The Centre for Sexual and Gender Minority Health Research at DLSPH.

A lack of a national pharmacare program further exacerbates these barriers, as access differs among provinces. 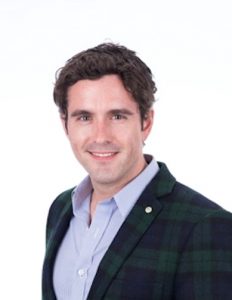 Ontario grants PrEP at no charge for people under 25 and over 65 who meet clinical guidelines. British Columbia, Saskatchewan, Alberta, Manitoba, and PEI offer the treatment at no cost. Quebec offers treatment at a low cost. New Brunswick, Nova Scotia, Yukon and Newfoundland and Labrador only cover some groups at no cost.

Grace and his research team have conducted qualitative and quantitative research on PrEP since it was first available to Canadians in 2015. The team observed a gradual uptake in PrEP among gay, bisexual, and queer men over time, but Grace cautions that “multiple systemic barriers to access still exist.”

“One of the simplest things would be to make this universally accessible and reimbursed, which is fundamentally a decision that comes down to dollars and cents,” says IHPME Prof. Darrell Tan who co-wrote the commentary with Grace and Mark Gaspar, published in The Canadian Journal of Human Sexuality.

Cost is one important solution to help address this complex problem which affects the queer community, particularly gay and queer men or men who have sex with men and populations at increased risk of HIV, the commentary argues. But structural barriers remain. Physical access to the treatment through a healthcare provider or continued treatment through insurance are barriers many vulnerable populations face.

Some who may qualify may not know they meet clinical guidelines or are too afraid to ask healthcare providers for PrEP, adds Tan. Primary care providers who are already overwhelmed with patients lack the time and resources to learn about PrEP—let alone prescribe the treatment to patients who may qualify for it. 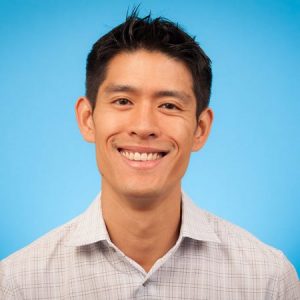 “As someone who works in the field, I often receive clinical referrals from frontline clinicians who are not comfortable prescribing PrEP for one reason or another,” says Tan who leads a team that developed and released guidelines and accredited learning modules to incentivize primary care providers to learn more about PrEP for HIV prevention.

If cost can’t be managed, public health messaging and advertising are the lowest hanging fruits, says Tan. Ironically, public health has been slow in promoting the treatment in Canada, says Tan.

“If you take the public transit in downtown Toronto, you will occasionally see advertisements for PrEP or mention of PrEP in advertisements. It is always by individual entities like pharmacies, that are promoting their pharmacy and using this as a hook to get people in, which is great. At least there is something out there, but it’s just so striking to me that this is the only publicly visible messaging.”

Grace and Tan admit that the issue is complex. Removing cost barriers will not eliminate stigma, build communities of care and mental health support for queer communities, alleviate structural barriers, or change prevailing narratives associated with PrEP use.

“But again, the cost-effectiveness analysis does suggest that if PrEP is used by folks who have a significant risk of acquiring HIV, then clearly, it is cost-saving in the long term,” says Tan.