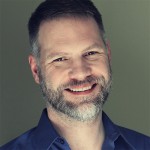 James Scott earned his PhD in the Department of Botany at the University of Toronto studying the taxonomy and ecology of moulds in house dust, completing a doctoral minor in Occupational Hygiene in the Department of Community Health. Prior to that, Dr. Scott completed a BSc in Phytopathology, also at the University of Toronto. Dr. Scott joined the Department of Public Health Sciences and the Gage Occupational & Environmental Health Unit in 2002 as an Assistant Professor, was awarded tenure and promoted to Associate Professor in 2009, and promoted to Full Professor in 2016. His research bridges occupational health and environmental health, focusing on the measurement of exposure to health-relevant biological contaminants, particularly bioaerosols. Dr. Scott’s laboratory uses conventional microbiological methods in addition to molecular diagnostics including high throughput next-generation DNA sequencing to investigate the composition and dynamics of a variety of microbial communities. Currently, Dr. Scott is the Director of the UAMH Centre for Global Microfungal Biodiversity, a world-class repository of medically and environmentally important, living microfungi. Dr. Scott co-led SyMBIOTA, a large, CIHR-funded, multi-disciplinary team studying the impact of perinatal environmental exposures on early-life atopy and asthma in response to perturbations of the developing human gut microbiome. He also led an Alfred P. Sloan Foundation project on microbiology of the built environment.

Prior to joining DLSPH, Dr. Scott founded Sporometrics Inc. in 1993, an ISO-accredited commercial environmental microbiology laboratory. Under Dr. Scott’s leadership, Sporometrics became, and continues to be, one of the largest research-intensive commercial diagnostic microbiology laboratories in North America and a global leader in the innovation and provision of rapid, cutting edge molecular diagnostic tools to detect indoor microbes such as molds and Legionella as well as insect-vectored agents ranging from West Nile virus to phytoplasma crop pathogens in the developing world.

In addition to his activates at DLSPH, Dr. Scott is cross-appointed in the Department of Laboratory Medicine and Pathobiology (Faculty of Medicine) and the Division of Clinical Pharmacology and Toxicology in the Department of Medicine where he has long served as the lead provincial consultant on mushroom poisoning to the Ontario Poison Centre located at the Hospital for Sick Children. Dr. Scott is an inaugural member of the Advisory Committee on Human Pathogens and Toxins to the Public Health Agency of Canada (PHAC). He is a member of the American Industrial Hygiene Association (AIHA) Proficiency Analytical Testing (PAT) Programs Board, the Past President of the Pan-American Aerobiology Association and Past Chair of the Environmental and Medical Mycology Committee of the Mycological Society of America. He is also the Scientific Advisor to the Mycological Society of Toronto, a regional group of several hundred amateur mushroom enthusiasts.