Holistic Indigenous Mental Health and Wellness: Transforming Health Care Strengths and Solutions (HIMHW) is a network of academic and Indigenous partnerships designed to transform how the health care system responds to Indigenous mental illness for First Nations, Métis, and Inuit peoples. HIMHW will be situated in at least 10 sites in Ontario, and will create a national shift from the current system response to Indigenous mental illness, which focusses on Western biomedical-based crisis and limited-term interventions and supports, to a coordinated strategic system that is based in Indigenous knowledges prevention.

Building from an Anishinabe concept, Mno Nimkodadding Geegi (translation: “we are all connected”), the fundamental philosophy guiding our proposed Central Region IMNP is our steadfast commitment to sustaining and expanding a comprehensive community of Indigenous health trainees and researchers, and at the same time, serving the research and capacity development needs of Indigenous communities themselves.

This project was successfully funded by a $20,000 CIHR training grant to develop an Indigenous Mentorship Network Program (IMNP). The grant is for a duration of 1 year (March 2016-February 2017) to support meetings to develop the IMNP.

Building from an Anishinabe concept, Mno Nimkodadding Geegi (translation: “we are all connected”), the fundamental philosophy guiding our proposed Central Region IMNP is our steadfast commitment to sustaining and expanding a comprehensive community of Indigenous health trainees and researchers, and at the same time, serving the research and capacity development needs of Indigenous communities themselves. Nested within an innovative paradigm that prioritizes community-based approaches to Indigenous health, the purpose of our IMNP is to provide Indigenous health scholars and trainees with high quality integrated mentorship, training, and unique opportunities to participate in Indigenous health research innovation. Our action plan encompasses a strategy that will support activities focused on networking, research skills development and capacity building as well as research innovation.

Our Network team is composed of a wide range of scholars, practitioners, trainees, and community collaborators from across Ontario and Quebec. Representing some of Canada’s most promising and renowned scholars, the strength of our team lies in a diverse representation of academic rankings, disciplines, skills and methodologies that span across the four research pillars of the Canadian Institutes of Health Research – clinical, biomedical, health services and delivery, and the socio-cultural/environmental – as they are applied to Indigenous research.

We believe that the key to the success of this IMNP will come from fostering community-based strategies that highlight our interdisciplinary strengths, regional variation, and devotion to reducing Indigenous health inequity. Within the applied health research context, we see this integrated, collaborative approach as one that will respond meaningfully to the Truth and Reconciliation Commission’s ‘Calls to Action’.

U of T centre for Indigenous mental health and homelessness 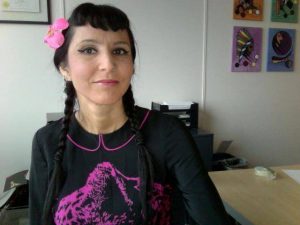 The “Kind Faces Sharing Places: An Action Research Project for Indigenous Families During 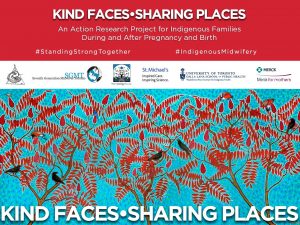 and After Pregnancy and Birth” project will aim to address some of the social determinants of health and break the multi-generational impacts of family disruption in Toronto. This project is supported by a $2.6 million grant from Merck Canada Inc. through its Merck for Mothers program, a 10-year, $500-million initiative with a focus on improving the health and well-being of mothers during pregnancy and childbirth.

First Nations communities in Northern Ontario near the Manitoba and U.S. borders have for years claimed their members have high rates of cancer. In fall 2015, researchers at the Waakebiness-Bryce Institute for Indigenous Health, with Indigenous partners in the area, began investigate those claims.

The research team will determine if cancer rates among the Northwest Angle 33 First Nation and surrounding bands are elevated and environmentally linked.

Health Canada has provided $200,000 to fund the first phase of the study, which is led by Professor Howard Hu, Dean of the Dalla Lana School of Public Health.

Dr. Harold Schwartz is the program manager with the First Nations and Inuit Health Branch of Health Canada, responsible for environmental contaminants programs in First Nations communities. In May 2015, Dr. Schwartz contacted Professor Hu about a study of cancer incidence and potential environmental links among members of Northwest Angle 33.

Many members of the band have voiced concern about cancer in their community. Media outlets have covered the bands concerns and found poor environmental conditions in the community. One media report based on the band’s office numbers showed that 17 of the 20 people left on the reserve were receiving treatment for cancer.

The researchers plan to conduct the study in two phases over two to three years.

In the first phase, they will look at existing data to see if cancer rates in the First Nations communities are elevated.

In the second phase, contingent on further funding, they will study specific populations through focus groups, pilot studies and data analysis. The broad goal of phase two is to explore links between cancer and exposure to particular carcinogens.