by Françoise Makanda at The Dalla Lana School of Public Health

Since the legalization of cannabis in Canada, researchers have been very focused on these questions. 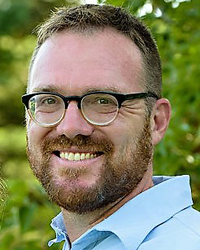 Cannabis companies were initially enthusiastic about participating in this model until costs and capacity became an issue, says Chaiton who is also an Independent Scientist at the Institute for Mental Health Policy Research (IMHPR) at CAMH. “[The attitude was] why do we want to do this? It is just going to tell us that some things are more harmful than others when we just want to not worry about that.”

Researchers like Chaiton want the ability to research cannabis products to compare their safety. But there is no independent system to study cannabis and enact quality control without support from the cannabis company themselves.

“There is sort of a push within Health Canada to try and get this sorted out, but it’s not going fast enough. I’m worried that it’s not going to end up in the way that it should.”

In a recent study comparing the health outcomes of vaping versus smoking, DLSPH Research Associate Anasua Kundu, U of T’s Associate Prof. of Psychiatry Sergio Rueda and Assistant Professor in the Department of Pharmacology and Toxicology Patricia Di Ciano concluded that there was no substantial evidence that would pit one over the other.

“The public health approach to cannabis, including Canada’s Lower-Risk Cannabis Use Guidelines, recommends vaping over smoking cannabis. Part of the reason for that is because we assume that smoking any organic product is going to have a negative impact,” says Chaiton.

“And that is probably true. But to be honest, we don’t know.”

Vaping creates micro-fine particles in the lungs that could be equally damaging to organic smoking.

Chaiton and DLSPH Prof. Robert Schwartz are kicking off a study to examine, through CT scans, lung damage from cannabis, vaping or organic smoking of cannabis. Chaiton believes it is one of the first studies to examine vaping cannabis versus tobacco. It might help resolve some of the enduring questions they can’t seem to answer.

“Cannabis was legalized on the pharmaceutical model. That really led to some understatement of the potential harms. And right now, certainly, compared to cigarette smoking, it seems to have limited damage, but partly because few people really ingest enough to have this sort of obvious effect,” he says.

Further, cannabis ingestion comes in many forms. Chaiton has noticed an uptick in cannabis edibles use among older people.

Still, Chaiton argues that the bottleneck is with Health Canada. “If you wanted to do a trial with alcohol, you can. You buy things from the LCBO and you can give them to people. Same with tobacco. You can just, again, buy things from a store since it is a product on the market. And again, ethically you give them to people who are already using them. And you can do comparative tests. You can’t for cannabis.”

Products are evolving rapidly within the industry. Observational studies are needed. Canada is poised to be a leader in cannabis research as it is one of the few countries that have legalized its use, says Chaiton.

He is asking for change.

“We shouldn’t have to rely on the cannabis companies to do research. These are products on the market for consumers that are being used in the normal way by people in their daily life.”

Read the full commentary in The Lancet.