Antipsychotic Use Declining in Nursing Homes in Ontario: U of T Researchers

Antipsychotic Use Declining in Nursing Homes in Ontario: U of T Researchers

Residents of Ontario nursing homes are taking fewer antipsychotic medications and benzodiazepines, and more antidepressants and anticonvulsants, according to a study by researchers at the Dalla Lana School of Public Health, the Faculty of Medicine, and colleagues.

The findings, published Feb. 15 in the peer-reviewed journal JAMDA, appear to be good news for a long-term care industry under pressure to reduce inappropriate use of antipsychotic medications. Such treatments are associated with increased risk of falls and fractures. Experts worry these drugs might be used to address behavioural symptoms among people with dementia in lieu of safer and effective alternatives, such as psychosocial supports and environmental modifications.

The researchers examined health records of over 70,000 yearly residents of nursing homes in Ontario from 2010 to 2019. They found the use of antipsychotic medications declined from 31 percent to 24 percent and benzodiazepines from 19 to 8 percent. However, the use of antidepressant medications increased by almost 1 percent per year (starting at 53 percent and reaching 60 percent by 2019). Anticonvulsant use showed the fastest increase over time, growing from 8 to 17 percent.

“In my experience, nursing homes are now more cautious about starting an antipsychotic medication — the message that these medications can be harmful has been received,” says study co-author Dr. Andrea Iaboni, a Toronto geriatric psychiatrist and professor of psychiatry in the Faculty of Medicine. “It seems that prescribers are instead reaching for antidepressants, although we don’t really have a lot of evidence about whether this is a safer approach.”

While it’s clear that fewer antipsychotics are being used overall, one in four Ontario nursing home residents remain on these medications – a figure that the authors believe may still be too high.

“The documented decline in inappropriate antipsychotic use is clear,” says Daniel Harris, the study’s first author and PhD candidate in epidemiology at the Dalla Lana School of Public Health. “But whether that decline is driven by deprescribing, more accurate identification of delusions, or something else entirely remains to be clarified.” 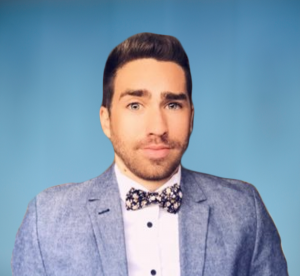 “I think it’s probably a bit of everything,” says Dr. Susan Bronskill, senior author on the study, professor at the DLSPH and a senior scientist at ICES where the data were analyzed. “But I do think these findings should encourage future investigations into the potential substituting of medications among persons living in long-term care.”