DLSPH researchers are working with NGOs, religious and other community leaders in the Philippines to build trust in COVID vaccines — helping to address unique historical and geopolitical factors underpinning a vaccination rate that is among the world’s lowest.

“COVID has been a big tragedy in The Philippines because they couldn’t afford to get people vaccinated and because the health care system is a chaotic mix of public and private,” says Prof. Xiaolin Wei, a physician, epidemiologist and Dalla Lana Chair in Global Health Policy, who is leading the effort. “But vaccine confidence was seriously undermined already. The pandemic was the perfect storm.” 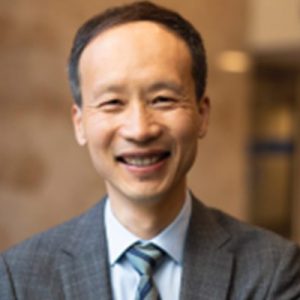 When COVID hit, the country was still reeling from the aftermath of a bungled vaccine rollout for Dengue fever, which shook many people’s faith in the safety of immunization. As a result, routine immunizations for diseases such as measles have been low for several years.

“We were hopeful that people would see COVID vaccines differently, but this is part of the history that lingers,” says co-principal investigator Lincoln Lau, an assistant professor of clinical public health and the Research Director of International Care Ministries (ICM). “We saw very high uptake in the capital region, but we’re struggling in the provinces. In a November 2021 survey, more than half said they would never get the COVID vaccine. We estimate that in the end, three-quarters won’t get it.”

To help build confidence in the vaccine, the research team is using an implementation science framework to find the populations at highest risk, identify the specific barriers they face, and learn how best to engage them.

The team plans to work with religious leaders, health care providers, and non-profits to develop a toolkit to enhance vaccine confidence, and to reach people through social media platforms and apps like WhatsApp. They are being supported by a grant from the Canadian Institutes for Health Research. 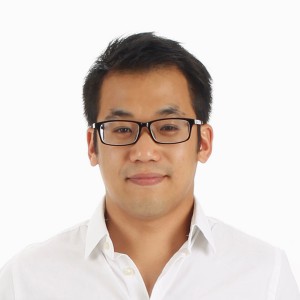 A world authority on the spread of tuberculosis, Wei has worked in the Philippines for many years. When the pandemic hit, he immediately pivoted to COVID, helping Filipino policymakers develop COVID guidelines, diagnosis and treatment plans, contact tracing and community support for care providers.

“From my work in tuberculosis, I’ve learned the critical importance of working together with community leaders in the Philippines – especially government and religious figures,” Wei says. “It’s a strongly Catholic community, and priests are the de-facto community leaders. We’ve worked with them for decades, and learned to see religious gatherings as a place for building vaccine confidence. You have to earn the trust of religious leaders, and let them use their knowledge to guide the language and tactics.”

The team has already begun to educate people about vaccines, using pre-existing partnerships. Lau had been working in the Philippines with ICM, a major non-profit, to teach financial literacy and maternal health when COVID broke out. For the past year, he has helped the organization to add vaccine education to the program, delivered to a quarter million people per year.

“We invite religious leaders to be part of our lessons,” says Lau. “We ask them to lead a prayer and stay at the front of the room while a nurse teaches. Some religious leaders are teaching anti-vaccine messages, so we want to show people that the medical field isn’t fighting the priests. There are faith leaders who agree with us and we want them to be present in the community so people see that if you do receive the vaccine, you won’t be condemned by your religion.”

Another challenge: the country’s population is spread across some 2,000 islands. Many villages can only be reached by motorcycle – an exhausting hours-long ride up steep, unpaved roads. Others take an hour to reach on a bamboo boat.

And like other countries in the South Pacific, the Philippines has been caught in a trade war between the U.S. and China. Despite vaccine shortages, and the difficulty of delivering doses to remote areas, the two industrial superpowers have sought to convince Filipinos that their vaccines and masks are the better ones, says Wei.

“The Philippines is a battlefield of global health policy between China and the US,” he says. “Geographically, it’s close to China, but it’s a former US colony, and the country’s leadership goes back and forth in its allegiances. Both countries give them free vaccines, but try all the means to promote theirs. With vaccine hesitancy already so high, this has complicated consequences.”

Political leaders have also contributed to the problem by responding to genuine fear with threats of punishment, says Lau. Recently, the Philippine president threatened to jail those who refused to get vaccinated – a tactic he fears will only backfire.

“When 70 percent of people in a remote community don’t want the vaccine, and then the president says we’re going to lock up those who don’t, it’s such a big disconnect,” he says. “It bothers me. People have concerns and instead of addressing them, all they get is fear.”