While cases of the Marburg virus were discovered in Ghana and Ebola in the Democratic Republic of Congo, Prof. Shelly Bolotin is cautiously optimistic about the state of infectious disease surveillance.

Marburg is a zoonotic disease which is closely related to Ebola. With a high mortality rate, the disease has no cure, much like its sister disease. Marburg lives in fruit bats, but scientists haven’t pinpointed why it spreads to humans just yet, says Bolotin.

“It could be due to urbanization or people foraging for food,” says Bolotin, Director of DLSPH’s Centre for Vaccine and Preventable Diseases. 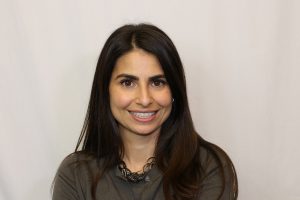 Shelly Bolotin, Director of the Centre for Vaccine Preventable Diseases

The WHO deemed the Marburg cases an outbreak and discovered that both patients died.

The speed at which the cases were discovered symbolizes a new age in disease surveillance despite what Bolotin calls a slowdown.

Unlike COVID-19, it is unlikely that people infected with Marburg virus are mobile. As the disease generally spreads when its victim is fully infectious, it’s less likely to spread widely, she says.

Since COVID-19, surveillance has increasingly become a highly dependent game of global cooperation. Prof. Laura Rosella agrees that there have been craftier ways to surveil disease spread. 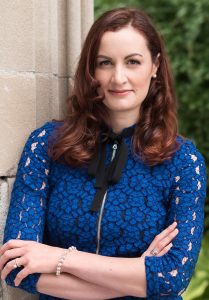 “Officials are relying on new sources of data to investigate emerging outbreaks and the sharing of that information around the world is happening more quickly than ever through crowdsourcing and other non-traditional data streams,” says Prof. Laura Rosella.

“Separating noise from signal will always be a challenge for surveillance, but great strides have been made.”

Public health is a team sport, adds Bolotin and a crack within the team can be felt beyond one global region. For instance, a lack of healthcare or public health workers can adversely affect disease surveillance. At a local level, if people do not seek care when ill, doctors cannot track the spread of infection.

“Due to COVID-19, there has been a decrease in surveillance for many infections,” says Bolotin. “Monkeypox probably counts on that list even though it is presenting a little bit differently right now than before the current outbreak. Healthcare workers in public health are only a finite number of people, and if they’re affected by responding to COVID-19, or if they fallen ill, there is a dearth of capacity.”

Disease surveillance also becomes increasingly difficult when there’s a big movement of people from one geographical location to another. Migration brings forward infections in a region that might not have achieved endemicity without that influx.

“Separating noise from signal will always be a challenge for surveillance, but great strides have been made.” – Prof. Laura Rosella

“Political instability, lack of food and climate change mean that large populations are moving around,” she says. “We’re all so much more globalized. And that means things spread a lot faster. And so, in theory, that virus is finding susceptible hosts faster and in new places compared to before.” 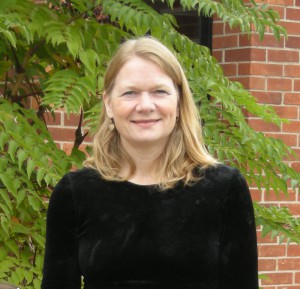 “The other threat is active undermining of the ability of those local nodes to freely and openly report, share, receive and act. Those connections can be very cost-efficient but are also very fragile.”

Across different countries, threats can be as local as pressure on local public health leaders through state-level blocking of communication.

But when done right, an entire coordinated set of actors must act quickly and swiftly to monitor infections. In the case of Marburg virus, samples from the two patients were first tested in Ghana but confirmed in Senegal, highlighting once more the importance of global cooperation, says Bolotin. Healthcare workers and public health officials acted swiftly to prevent further spread.

This complex international surveillance and reporting system is overseen by the WHO and its International Health Regulations framework. But ultimately, it’s up to local health providers to report to their regional health authorities, which must then transmit the information to a national body and finally the international community.

“There are approximately 70 reportable communicable infections in Ontario where there’s an obligation for a physician, a hospital or a laboratory to report to the local public health unit. And then, of course, we have to move fast,” says Bolotin. “We did a lot of preparedness for Ebola but fortunately didn’t have a single case imported,” says Bolotin.

“We can do a lot of preparedness, but the next thing that’s going to come around the corner is not going to look exactly like the thing that you’re going to prepare for,” she points out. “So, it’s really about flexibility and being able to pivot, which our surveillance systems in Ontario can do.”

One challenge in infection surveillance is understanding infections when the cases are unknown. Current surveillance tools are not perfect. Rapid testing and wastewater surveillance have been helpful but don’t provide the whole picture.

As for Marburg, Bolotin believes that what matters is global collaboration. “Public health is everyone’s responsibility,” she says.